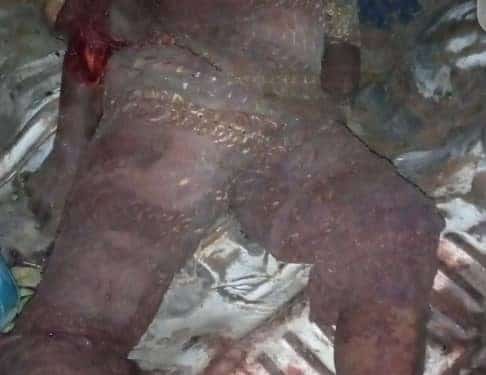 A 56 year old man, Babarinde MUFUTAU has been reportedly hacked to death after he was attacked by suspected Fulani herdsmen in Ibarapa, sunrisebulletin.com reports.

According Sunrisebulletin The incident which was said to have happened on Wednesday 14 April at about 7pm along Orita meta, Konko village in Ayete, has further left residents of the the community in fear and devastated, calling on government to come to their rescue.

Confirming the incident, the Convener of Igangan Development Advocate, Oladiran Oladokun, told sunrisebulletin during an exclusive phone conversation that it was true the incident happened.

According to Oladokun, late Mufutau was returning home from his farm at Orita meta, Konko village in Ayete around 7pm on Wednesday evening when he was attacked by suspected Fulani herders.

He explained that the deceased sustained severe injuries from deep cuttings on the back of his neck, hands and his righ leg.

Oladokun noted that Mufutau would have been saved if anyone was nearby and help had came his way earlier but regretted that he later died from heavy bleeding from the cuts while the assailants fled.

Oladokun said that the deceased who was a Muslim has since been buried by members of his family according to Islamic rites adding that the incident has however been reported at Igangan Police Station.

Attempts to get the Oyo State Police Public Relation Officer (PPRO) Osifeso Adewale, for reactions was futile as he was not responding to calls made to his phone line as at time of filing this report.