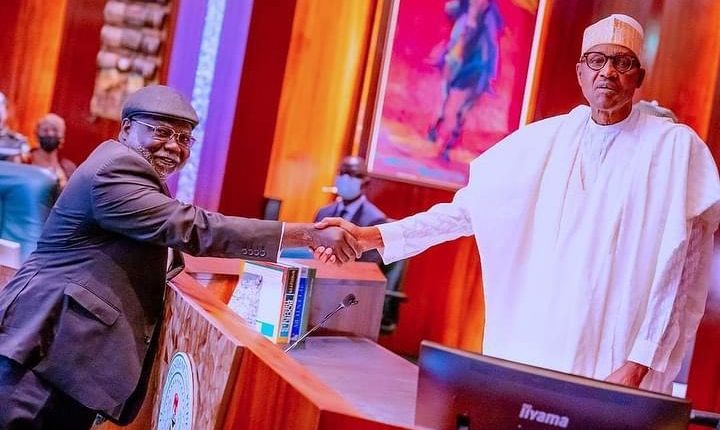 President Muhammadu Buhari on Tuesday urged the Senate to confirm Justice Olukayode Ariwoola for appointment as the substantive Chief Justice of Nigeria (CJN).

Buhari’s letter of request was read by Senate President Ahmad Lawan on resumption of plenary.

Justice Ariwoola is the Acting CJN of
Nigeria.

Justice Ariwoola took over the position on acting capacity on June 27 following the resignation of Justice Ibrahim Tanko Muhammad on health grounds.

Justice Ariwoola started his education at the Local Authority Demonstration School, Oluwole, in Iseyin Local Government of Oyo State between 1959 and 1967.

He attended the Muslim Modern School in the same town between 1968 and 1969 before moving to the Ansar-Ud-Deen High School, Saki, in Oyo North of Oyo State.

Justice Ariwoola studied law at the University of Ife (now Obafemi Awolowo University), lle Ife and graduated in July 1980. He was called to the bar in July 1981 after leaving the Nigerian Law School.

Justice Ariwoola was inaugurated on November 22, 2011, as a Justice of the Supreme Court.