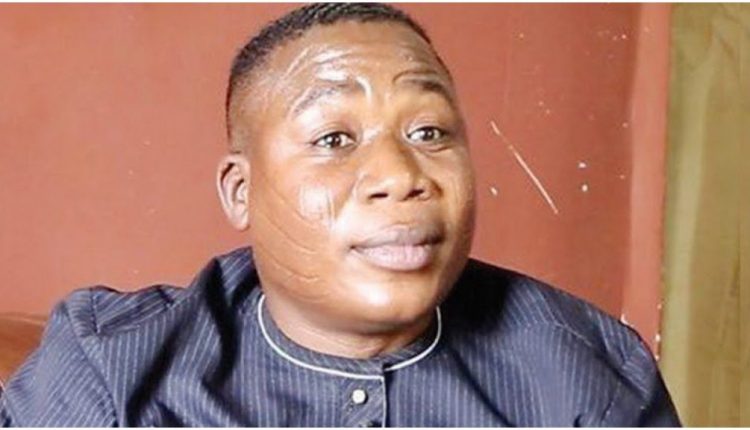 Yoruba Nation agitator, Chief Sunday Adeyemo, popularly called Sunday Igboho, has filed a $1 million suit against Republic of Benin before the Community Court of Justice, the Economic Community of West African States (ECOWAS) as cost of general damages for each day he has spent in incarceration in the country.

Igboho, through his lawyer, Mr Tosin Ojaomo, also asked for a declaration of court that Benin’s actions regarding his unlawful, arbitrary arrest and detention, violating his freedom of movement, his right to an unbiased trial within a reasonable time, violated his right to dignity as a person.

The order being sought, according to Igboho’s counsel, is pursuant to Article 59 of Rules of Procedure, an Expedited Procedure and Hearing, regarding the imprisonment and release of his client.

Ojaomo in the application dated February 10, 2022, sought for an order for the immediate and unconditional release of Igboho along with his Nigerian passport pending litigation and determination on damages.

According to him, the application is brought pursuant to Article 3(4) of the 2005 Supplementary Protocol A/SP.1/01/05, by which “the court has jurisdiction to determine (the) case of violation of human rights that occur in any member state.

He added that “Article 11(1) of the 1991 Community Court of Justice Protocol (A/P.I/7/91) by which “cases may be brought before the Court by an application addressed to the Court Registry. The Revised Treaty of Economic Community of West African States (“ECOWAS Treaty”), Articles 56(2) and 57.

According to him, “While imprisoned in Benin, Chief Adeyemo’s lawyer filed a lawsuit on his behalf in the Oyo State High Court, seeking damages against Nigeria’s attorney general, Abubakar Malami, the State Security Services (“SSS”), and Central Bank of Nigeria (“CBN”).

“On September 17, 2021, the Oyo State High Court ruled in affirmation of Chief Adeyemo’s right to political activity in pursuit of self-determination for the Yoruba People, and ordered payment of #20,000,000,000 in damages to Chief Adeyemo in Suit No. M/435/2021.”

Parents Barred From Attending, As UI Set To Matriculates Over 3,000 Students on Tuesday

How Sunday Falaye Fires 3SC to Win Over Dakkada FC