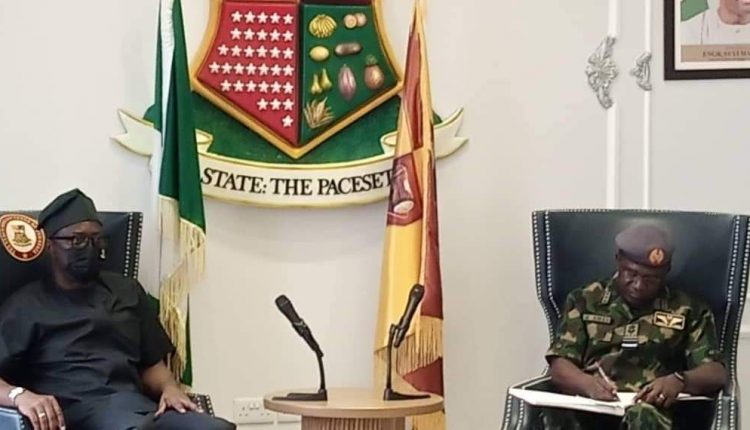 JUST IN: Makinde Pledges N500m Support For Establishment Of New Air Force Base In Ibadan

The Governor of Oyo State, ‘Seyi Makinde, on Thursday, promised to donate the sum of N500m for the establishment of the permanent site of the Nigerian Air Force, which would be located at Ajia, Ibadan.

The governor, who made the pledge, while receiving the Chief of Air Staff of the Nigerian Air Force, Air Marshal Isiaka Oladayo Amao, DFS, during a courtesy visit to his office at Secretariat, Agodi, Ibadan, added that his government will continue to support the officers and men of the NAF.

Makinde, shortly after, proceeded to the venue where the Air Force Base will be located to perform the official groundbreaking in the company of other top government functionaries.

The governor, however, expressed hope that the base will become one of the best Air Force bases in the country, assuring that his administration will do everything possible to achieve such feat.

“We want one of the best Air Force bases in the country to be located here in Ibadan, and our government will do everything possible to achieve that. On behalf of the government of Oyo State, I make a pledge that we, as a state, will contribute N500m,” Makinde stated.