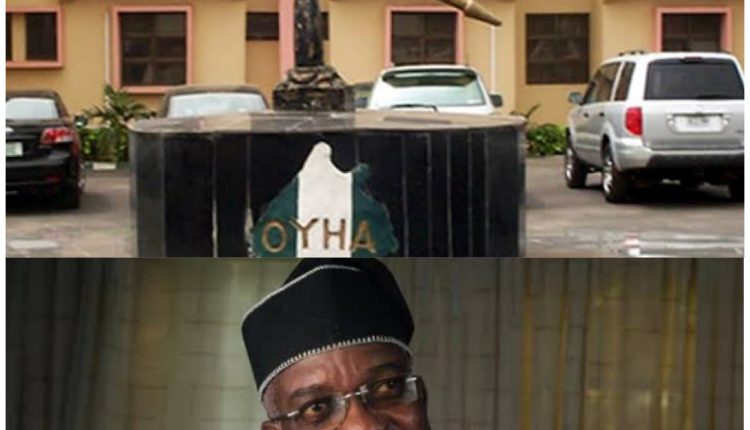 TODAY SPLASH Recall that the State Assembly begins procedure of impeachment on 15th of July, The former perm Sec was serve with the petition of allegations levelled against him, reports have it that he replied within the time frame of 7days stipulations.

Embriod by the attention and pace of the process, The embattled deputy governor heads to court to halt the assembly from impeaching him.

The State Assembly led by Hon. Adebo Ogundoyin directed the Oyo State Chief Judge of Oyo State, Justice Muntar Abimbola to Constitute a panel to look into the allegations levelled against him.

It was gathered that section 188 (5) gave him the mandate as chief judge of the state to appoint a panel of seven persons to investigate the allegations.

Recall that Justice Ladiran Akintola had on Thursday last week dismissed the suit, saying the defendants have not breached any constitutional provisions on the matter.

Engr Rauf Olaniyan quickly appealed the judgement of the Oyo State High Court dismissing his suit against the impeachment process initiated against him by the Oyo State House of Assembly.

TODAY SPLASH gathered that, about 3 witness testify against the deputy governor over the allegations levelled against him.

TODAY SPLASH reliably gathered that All 26 members of the People’s Democratic Party PDP were present at the sitting.