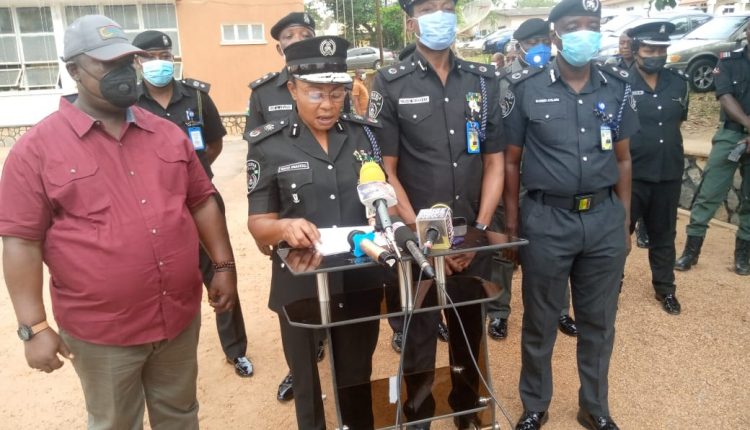 The Oyo state Police Public Relation Officer (PPRO) SP Adewale Osifeso has said that the state police command have made arrests of suspects in connection with the Friday clash between rival thug gangs at Oremeji Agugu area of Ibadan.

The Oyo state Police image maker who made this known to Akedeoyo.com Monday morning said further investigation have seriously commenced to apprehend others involved who are still at large.

It will be recalled that rival gangs suspected to be cult groups in Ibadan on Friday were reported to be engaged in a battle of supremacy leading to one of the gangs losing his life and other valuables destroyed.

SP Osifeso noted that the state Police command respond upon the strength of a distress call from members of the public to the Police and have been able to restore normalcy to the area.

“Cult related violence broke out at the early hours of Friday 11/02/2022 between some hoodlums around Oremeji Area, Ibadan.

“Upon the strength of a distress call received by operatives of the Oyo State Police Command deployments of operational and tactical assets were swiftly executed.

“Preliminary investigation reveals that the fracas was as result of claims for supremacy among the hoodlums and in the process a gang member lost his life with others injured while motorcycles and vehicles were vandalized.

“Meanwhile, Normalcy has returned to the area as it remains under close monitoring and surveillance with high visibility policing and intensive patrols.

“Arrests have been made and efforts are ongoing to break the criminal network for the apprehension of other criminal elements within and outside the jurisdiction.

He however, urged parents and guardians to call their wards to order stressing that no act of lawlessness of any form will be condoned and whoever is apprehended as being part of the fracas will be made to face the full wrath of the law.