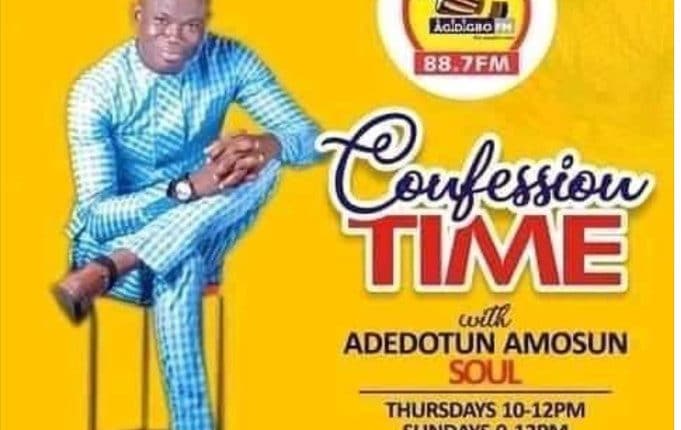 A report by Oyoinsight state that the King of the midnight show announce on his Facebook page the new path he will be trailing.

Regarded as the king of night belt, Soul Of Radio as he is fondly called, made this known in the early hours of Wednesday on his Facebook page.

The most sought after OAP is known for his relationship programme – confession time.

Only few days ago, as a replacement, Fresh FM completed the signing of Raypower’s David Egwim. Dandy, as he widely known, will begin similar programme.

Though details of Soul’s financial package is unknown as at press time, this Newspaper learnt that an official car is attached to the deal.

Not long ago, Agidigbo FM secured the services of Ajibola Akinyefa and Sekinat Adegoke-Yusuf of Lagelu FM and Naija FM respectively.