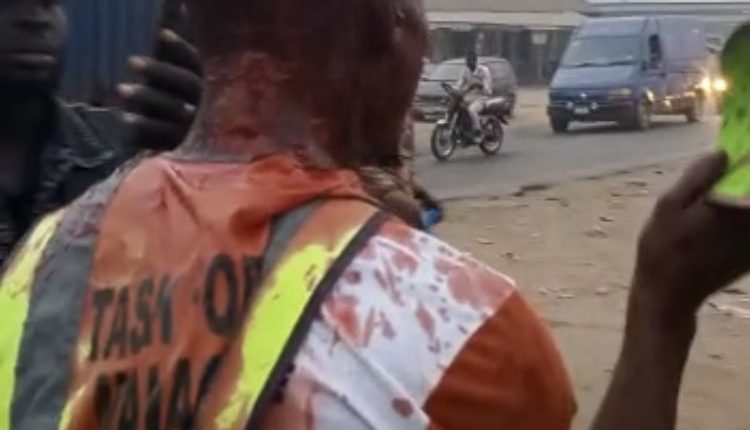 A member of the Oyo State Park Manager, who’s name is unknown have alledge a renowned Yoruba human right activities, Chief Sunday Adeyemi popularly know as Sunday Igboho and his boys over an attack on him and his boys at the popular Soka garage.

The clash which lasted few minutes according to eye witness, have scores injured while many scamper for safety.

According to a video which was shared only, a young man, who’s name is yet unkown was covered by his own blood from head to toe, narrated his ordel in the hands of Igboho’s Boys.

He said he was attack after he resume work this morning with his boy, and claimed he has no idea of why he and his boys were seriously dealt with.

He lamented bitterly and claimed to have been stabbed all over his body, saying all his boys inclusive of the dastardly act.

He condemned their actions and seek help for medical treatment as he and his boys have been severely dealt with.

I resume here this morning with the hope of carrying out my day to day routine at the park managers office at soka garage, suddenly some boys who he claimed to have identified as Igboho’s Boys stormed the garage and attacked him and his boys.