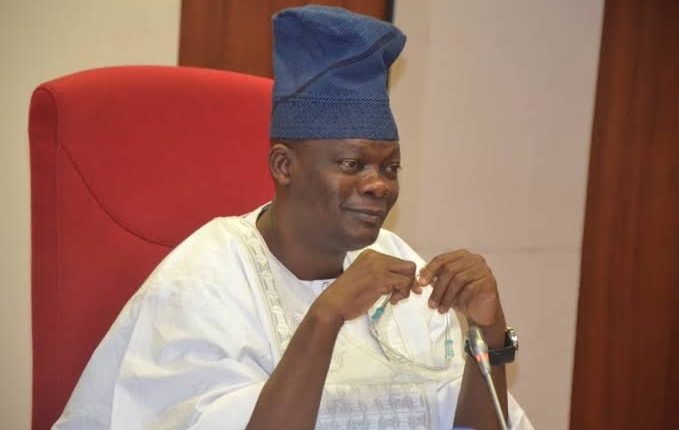 Senator Teslim Folarin has won the Governorship Primary Election of the All Progressives Congress.

Folarin defeated 5 other aspirants who contested the election held, on Friday, at Liberty Stadium, in Ibadan, the Oyo state capital.

Six aspirants obtained forms and were screened by the party. Four aspirants were present at the venue of the primary. Chief Bayo Adelabu was absent.

Earlier, Chief Niyi Akintola pulled out of the primary alleging that the delegates list has been tampered with.

Akintola has also petitioned the leadership of the party stating that any primary election held on another day aside the day announced by the party is invalid.

No Victor, No Vanquish… — Folarin Thanks Co-aspirants In Acceptance Speech