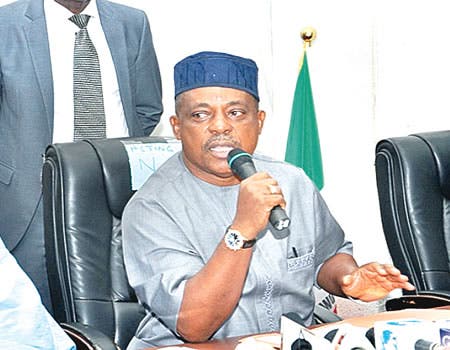 Former National chairman of the People’s Democratic Party (PDP), Uche Secondus, has asked the party to stop making any moves towards the conduct of its National Convention scheduled for October 30 and 31, 2021 or any other date, pending the hearing and final determination of his appeal to the effect.

In a letter addressed to the party (6th respondent in his appeal) by his counsel, Tayo Oyetibo (SAN), the embattled former PDP national chairman said he is, in an appeal numbered, CA/PH/341/2021: PRINCE UCHE I SECONDUS V IBEAWUCHI E. ALEX & ORS, asking the court to restrain the party from holding the convention.

PHC/2183/CS/2021 at the High Court of Rivers State, PortHarcourt Judicial Division against Prince Uche Seconds and the PDP as defendants.

“On 10 September 2021, the High Court delivered its judgment in the suit

whereby Prince Uche Seconds was, inter alia, restrained from performing the functions of

the office of National Chairman of the PDP.

“An appeal has been filed and entered against the judgment at the Court of Appeal, in

Port Harcourt. In addition, an Application on Notice has been filed in which Prince Uche Secondus is seeking, an order of injunction restraining the PDP, the 6th Respondent herein, whether by itself, its officers, servants, agents and or representatives from holding or conducting its National Convention scheduled for 30th and 31st October 2021 or any other date, pending the hearing and final determination of this appeal.”

Alternatively to the above, he also seeks an order for parties to maintain the status quo ante as at 22 August 2021, when Appellant/Applicant was occupying the office of National Chairman of Peoples Democratic Party, pending the hearing and final determination of the appeal.

According to the letter, the application has since been served on all the respondents in the appeal and inspire of that, the party and its officers continue to prepare to hold the National Convention.