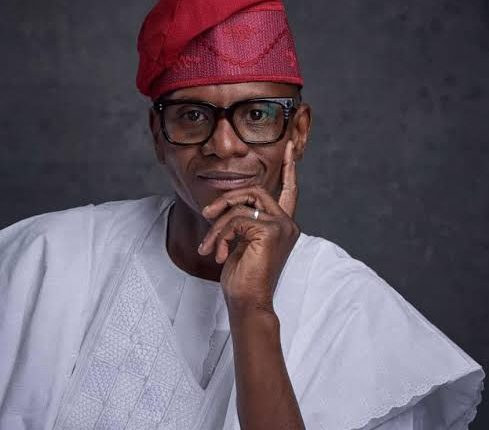 Son-in-law to late Governor Abiola Ajimobi and All Progressives Congress (APC) senatorial candidate for Oyo South, Kolapo Kola-Daisi, has said that he remains the authentic candidate of the party.

In a statement issied on Wednesday evening, Kola-Daisi said he did not participate in the senatorial primary rerun conducted on, Tuesday, May 31.

Recall that a rerun senatorial primary was conducted after the discovery of overvoting in the first exercise conducted on Sunday, May 29.

In the rerun primary, former Secretary to Oyo State Government, Chief Sharafadeen Alli, was declared thw winner of the exercise.

However, Kola-Daisi, said he was duly elected in the primary, asking that cancelling the exercise without inviting aspirants does not suggest fairness.

Dear Delegates, Party Members, Supporters and the general public, I thank you all for your support on this novel journey, culminating in the recently concluded Oyo South Senatorial Primaries of May 29, 2022.

At this primary election, I was declared the winner having scored the majority vote of 212 votes, while the closest other contender got 107 votes; even though irregularities were noted.

This election was however arbitrarily cancelled and within 24 hours, a rerun was scheduled to hold on the 31st of May, 2022.
While irregularities were noted at the election of May 29th, any review of the result of that election can only be done through the appropriate electoral appeal process. This appeal process would review any issues raised, invite interested parties to make representations and make decisions based on facts, the constitution of our party and also in accordance with relevant laws of the Federal Republic of Nigeria.

Furthermore, the appeal process requires obtaining necessary approvals within the party hierarchy to carry out its recommendations.

How all of this can happen without inviting aspirants and in less than 24 hours does not suggest fairness.

The party or its election committees should not unilaterally cancel an election without following due process.

We therefore distance ourselves from the sham of the primary election purportedly held on the 31st of May, 2022, that was tagged a re-run, and we did not participate in it.

As far as we are concerned, we have been duly elected as the candidate of the APC for the Oyo South senatorial district having scored the majority votes and should be allowed to prepare for and contest for the general election scheduled for February 2023.

We joined the APC based on our conviction of its progressive policies; that everyone is equal, that every citizen deserves to benefit from the deeds of good governance, providing opportunities for young people, proffering workable solutions to establishing a welfare system for the less privileged, proportional redistribution of wealth through a fairer tax system, and developing innovative and people-centered policies aimed at adequate availability of public goods such as schools, hospitals and necessary infrastructure to make people’s lives easier.
Also, we believe the youth is the future of Nigeria and will be integral to our agenda. About 90% of our population is under the age of 50; therefore, decisions need to be made for the benefit of the next generation. This can only happen when we the youth get to positions where we can either influence or make policies.

On this journey, we toured the whole of Oyo South senatorial district, all the 9 local governments. From Beere to Ayete, Ita Baale to Igangan, Ido to Eruwa, we met our people in all the communities and we thoroughly enjoyed every single moment of this journey.
The events of the last few days have shown why so many youths are left disenfranchised and apathetic towards politics. The lack of internal democracy in political parties discourages willing participants. A fairer system will benefit our party significantly by bringing to the table different ideas as well as different perspectives to finding solutions to issues of today.

Still, I encourage all the youths who have an interest in politics not to lose faith. We need to get involved, our movement JÉKÁ DÁSI, typified by the amount of love and acceptance we received from all corners of the state, should be enough motivation to further fuel your desire to serve.
Our time is now.

I want to categorically state that our journey has only just begun. Not only for ourselves, but to give hope to every other youth looking to DÁSI (get involved) in Nigerian politics and governance for the good of country and the benefit of citizens. We will fight for fairness and we believe we shall be representing our party on the ballot as senatorial candidate for Oyo South come February 2023.

To my fellow aspirants, I say a big ‘Thank You’. It was a tough contest with intellectuals and persons of great standing in our state. We all conducted ourselves in the best manner despite the stiff competition. I learned a lot from most of you and I have thoroughly enjoyed the intrigues and gamesmanship of the contest.

A big thank you to my supporters, the media and everyone who has been following our journey and inspired by our movement. We could not have done this without you. Like I said, the journey has just started. We will continue to fight to represent the people of Oyo South senatorial district and advance the causes that are dear to us.

I thank my team, the DG, the KKD Cabinet (coordinators), the KKD Boys, KKD Babes, the KKD kids and all team KKD. You guys are the best. The road to 2023 is long but we shall make it an easy ride together.
To my family, I sincerely thank you for making this so worthwhile. I’ll surely make you proud.

Once again, thank you all.
THE JOURNEY HAS JUST BEGUN.
Kolapo Kola-Daisi.