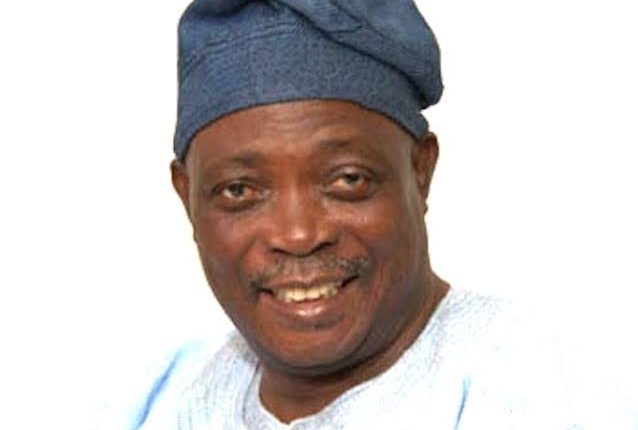 Rashidi Ladoja, former governor of Oyo State, has said that politics is very risky in Nigeria.

The Osi Olubadan of Ibadanland, who celebrated his 77th birthday late last month made this known in an interview with Nigerian Tribune.

According to Ladoja, you won’t know who your real friends are until you leave government.

Are there things you are still aspiring to achieve?

Personally, from the beginning, I wanted to be an engineer. Today, I am an engineer. I got employment with Total Nigeria, four months before I graduated from University of Liege in Belgium. So, it was my choice to come back to Nigeria to take up my employment upon graduation. This is different from what obtains in the country today. I did not know anybody at Total to influence my getting the job. It was based on the fact that I had what they wanted and they took me.

Since that time, God has been very kind to me. I stayed in employment for 13 years and later resigned to venture into the world and God has been very kind to me. At that time, opportunities were there and they are still there. My prayer has always been that God should give me the grace to identify opportunities and utilise them when they are passing by. I still say such prayer till today. Opportunities will continue to pass; we need the grace of God to be able to identify and hold them. If they say the need an engineer and you are not an engineer, you can’t take it even though you see the opportunity.

INTERVIEW: I Was Part Of Those That Impeached Ladoja, I Have…

Aggrieved Oyo PDP Members Should Be Flexible In Their…

That is what I mean by the grace to hold it. When you look at the business world, I was a name. I was a trailblazer. I was dragged into politics in 1991/1992. Not that I did not know what politics was as my father was a politician. He was a councilor who represented one local government. The whole of Ibadanland, where we have 11 local governments now, was just one local government at that time. He was a disciple of Adegoke Adelabu. I also grew up with my uncle, Alhaji S. Are who defeated Mojeed Agbaje in the 1959 House of Representatives election.

So, I can say I came from a political background. My grandfather was even said to be one of the Ajeles who was voted for by the people. So, being in politics is not strange to me. I am grateful to God that when I was dragged into it, I also made success of it. Politics is one vocation that is very risky. From the time I joined politics, I was a member of the Senate. I won an election then. I was forced to go into exile because of my belief. There were so many times I escaped being lynched. And when you are in government, you don’t know who your real friends and your real enemies are. Your friend today becomes your enemy tomorrow and your enemy becomes your friend. In fact, if you do not go into politics, you will not know what human beings are.

The person that is singing your praise today may become your enemy. Of course, it is in the Bible, hosanna today, crucify him tomorrow. It is very risky to be in politics in Nigeria. I don’t know whether it is the same in other places. But the experience I have in Nigeria is that being in politics is a very risky job.

Would you then say you regret your going into politics?

Not at all. Through politics, I had the opportunity of living some of my dreams out and influencing and helping people. I knew that if there was no free education done by Chief Obafemi Awolowo in 1955, maybe I would not have been educated. If there were no scholarships, I would not have done HSC and university education. So, that prompted me to try to give as many opportunities as available to as many people. However rich you are, you still need the power of government to do so many things. We said we wanted to do education reform with the powers of the state. We were able to do it. We shaped the people. By and large, I was happy I went into politic because it gave me insight into what actually life is and what it ought to be. If you were apolitical, living in the fool’s paradise and saying you can afford all the good things of life, I don’t know whether that can give you more satisfaction than helping people. You can award 1,000 scholarships, but it is not the same thing as when you are in government. I don’t regret going into politics, but it is a hazardous job.

The only problem I had was that, when I look at where we are coming from before Independence and I was not too young then. I was 11 years old when we started free education in 1955 and when the military took over in 1966, I was already a mature man, above 21 years. So, I can say sincerely that I saw Nigeria before, during and of course Independence and that most of the problems we have started after the military coups. People believe the masterminds of the 1960 coup were parochial. They killed the Premiers of the Northern, Sir Ahmadu Bello; they killed the Prime Minister, Tafawa Balewa, they killed the Premier of the Western Region, but failed to kill the Premier of the Eastern Region and the President of the country at that time. So, people saw it as Igbo-engineered coup, which led to a counter-coup six months after.

You can see that the military threw us into the crisis we have, because the soldiers then were young, just reading books on various forms of political ideals like communism, socialism and all that and they were imagining. Most of the time, when they saw politicians arguing, they thought they were fighting.

INTERVIEW: I Was Part Of Those That Impeached Ladoja, I Have No Regret – Prof Soji…