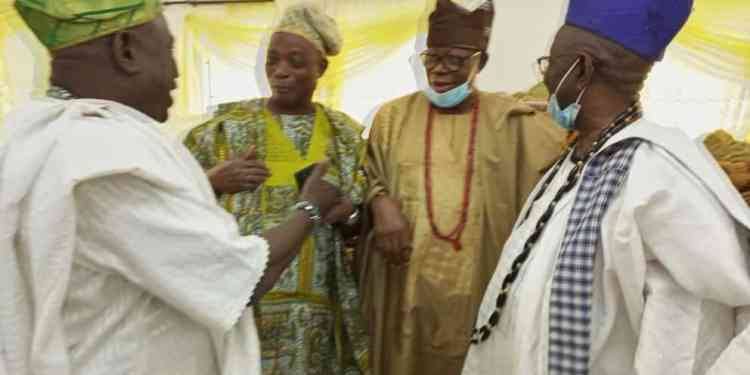 The News Agency of Nigeria reports that the visit of Ladoja, a former governor of Oyo State lasted for about 30 minutes.

Although Ladoja refused to make public the purpose of his visit when accosted by newsmen, sources close to the meeting, however, said that he came to pay homage to the traditional ruler.

The source quoted the former governor as dismissing the rumoured rift between him and the new Olubadan, describing it as the figment of the imagination of those peddling it.

Ladoja was said to have recalled how he flatly prostrated for Oba Balogun during his coronation on March 11 as a mark of his absolute loyalty and reverence to his person and the throne.

The News Agency of Nigeria reports that two other members of the Olubadan-in-Council, High Chiefs Owolabi Olakulehin and Gbadamosi Adebimpe also joined the meeting, with the Ekarun Olubadan, Chief Hamidu Ajibade, also in attendance.

NAN also reports that Oba Balogun was, on March 11, installed as the new Olubadan of Ibadan land at the popular Mapo Hall in the heart of the state capital.

The staff of office was presented to the traditional ruler by Gov. Seyi Makinde at the ceremony witnessed by Vice President Yemi Osinbajo, former Vice President Atiku Abubakar, others.