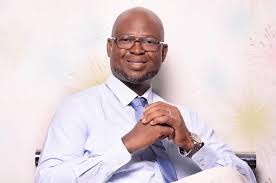 Alao made this disclosure via a statement made available to Akéde Ọ̀yọ́ on Tuesday.

Our correspondent recalls that Ladoja was the Governor of Oyo State between 2007 and 2011.

Abiola Ajimobi ruled the state as Governor between 2011 and 2019, while Makinde who won the election on the platform of Peoples Democratic Party (PDP) took over from Ajimobi in May 2019.

Alao, who contested gubernatorial election on the platform of AD in 2019, has, however, declared that Ladoja was the one responsible for the emergence of the duo in 2011 and 2019 respectively.

Alao in a congratulatory message to felicitate with Ladoja who clocked 77 at the weekend, insisted that Ladoja used his political wisdom to facilitate emergence of Ajimobi and Makinde in 2011 and 2019 respectively.

Alao, in a statement issued by his Media Aide, Omotayo Iyanda, however, decried that the dreams and aspirations of the former Governor were not achieved by both Ajimobi and Makinde.

“In the 2007 governorship election, High Chief Ladoja played an active role, repeated the same role in 2011 by ensuring that late Senator Isiak Abiola Ajimobi became the governor of Oyo state, same role he played in 2019 for the sitting governor in the state, Engr Oluwaseyi Abiodun Makinde.

“It’s always a pity, however, that dreams and aspirations are not usually achieved having these leaders into office.

“High Chief Rashidi Ladoja, the Osi Olubadan of Ibadan land and former governor of Oyo State had been playing a fatherly role in the traditional and socio-political life of the state since he left office as the Executive Governor of Oyo State in 2007.

“Ladoja had been enigmatic and living above board since after leaving office on 29 May, 2007 in that he had been consistent in politics and playing a good role in chosing a good political leadership for the people of Oyo State.

“We can only implore our father in whom we are pleased, High Chief Ladoja, to continue to play his selfless leadership role in taking Oyo to a greater heights as he marks his 77th birthday yesterday, 25 September, 2021.

“The gentle mien, uncommon maturity and calm with which Baba handles political matters and issues in Oyo State in particular and Nigeria as a whole always appeal to people like us,” he said.

Return My Virginity, Good Health If You Want Us To Divorce – Wife Tells Husband In Iseyin