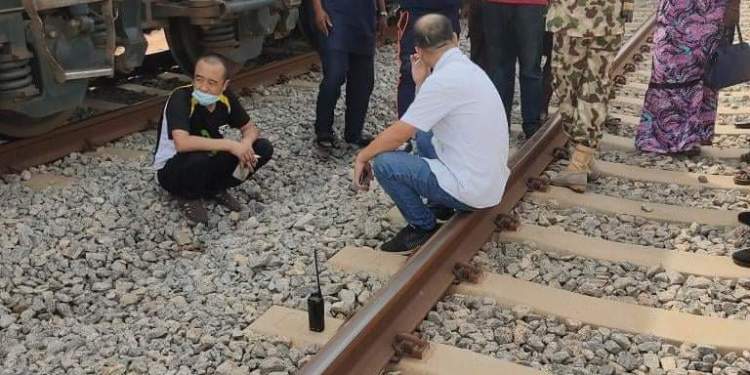 The corporation said this while reacting to a trending video showing how passengers were stranded on Thursday after the train “ran out of diesel”.

Fidet Okhiria, NRC managing director, told NAN in Lagos on Thursday night that passengers coming to Lagos from Ibadan through the standard gauge train were not stranded as the matter was “resolved with an hour”.

“The train gauge had an issue while the engineers thought the diesel in the train tank would take them to Lagos,” he said.

“The train gauge was not reading correctly, so by the time they started moving, the driver discovered that there is no sufficient diesel in the train.

“Immediately they discovered the challenge, they responded quickly, and under an hour, they were able to get a drum of diesel to fill the tank and continued the journey back to Lagos.”

Recall that it was earlier reported that the train stopped abruptly after ‘running out of diesel’.