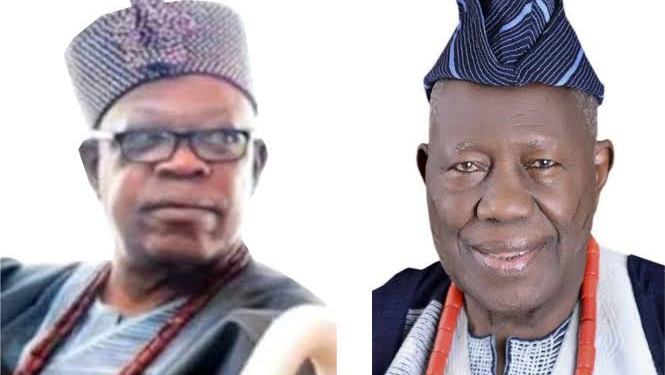 The race to who becomes the next Olubadan of Ibadanland, is becoming interesting.

Lawyers to Otun Olubadan, High Chief Lekan Balogun and others, Kehinde Eleja and Wahab Egbewole and Sobaloju Adekunle, said that Michael Lana, former attorney general goofed by saying that Seyi Makinde, governor of Oyo State, should be in a haste to appoint Balogun as late Oba Saliu Adetunji’s replacement.

His Excellency, The Executive Governor

RE: INSTALLATION OF NEW OLUBADAN OF IBADANLAND

We are Solicitors to the Olubadan in Council who are the Kingmakers for the Olubadan of Ibadan hereinafter referred to as our clients and on their resolute instruction we write this letter.

Our clients just brought to our notice a letter dated January 3, 2022 written by Michael F. Lana Esq. wherein he urged your excellency not to approve the appointment of any High Chief as Olubadan on the ground that the Ibadan High Chiefs are Obas and that there is a pending suit 1/22/2020 before the court. We wish to state that the content of the said letter is not a true representation of the law and the facts on the ascension to the Olubadan stool and we have our client’s instruction to debunk the misconception and controversy being whipped up by the content of the said letter.

The conclusion of Mr. Michael Lana is therefore self-serving, unfounded and a gross misconception of the purport of the restructuring of the Ibadan chieftaincy order by the previous administration in Oyo State.

The pending suit. i.e Suit No. 1/22/2020 which has been adjourned for judgment has nothing to do with the right of succession to the stool of Olubadan, the suit was filed by the High Chiefs and Traditional Rulers of Towns and Villages in Ibadanland to set aside the consent judgment which nullified the Gazetten vesting on each of them the right to wear beaded crowns and coronets. The suit therefore dwells mainly on whether it was proper to divest the claimants of vested rights through a consent judgment entered into by their adversaries without any consultation with them or their consent.

It is also on record that the High Chiefs were conferred with the right to wear beaded crowns on the 27 of August, 2017 und immediately thereafter during the subsistence of suits filed by Chief Rasheed Ladoja and others challenging the action that there was a vacancy in the Balogun line and HRM Oba Gbadamosi Adebimpe was elevated from Ashipa Balogun to Osi Balogun and HRM Dr. Kolawole Adegbola was also elevated from Ekarun Balogun to Ashipa Balogun by the Late Olubadan and the elevations were approved by Your Excellency inspite of the subsistence of the suits in court and their status as beaded crown wearing Obas and heaven did not fall.

We know that the positive side of history is more in favour of overseeing a smooth process of the filling of the vacant stool of the Olubadan of Ibadan rather than entertaining frivolous petitions aimed at scuttling the process.

We therefore most humbly appeal to you as a true and legitimate son of Ibadanland to shun any invitation to scuttle the age long tradition of a smooth and rancour free process of filling the vacant stool of Olubadan by approving without hesitation any candidate selected by the Olubadan in Council to fill the vacant stool.

Accept your Excellency our profound regards and best wishes for the new year. We thank you in anticipation of your prompt action.

JUST IN: Christian, Moslem Clerics Pray At fidau For Olubadan

Makinde: The Reign Of Next Olubadan Will Be Peaceful Like Late Oba Adetunji