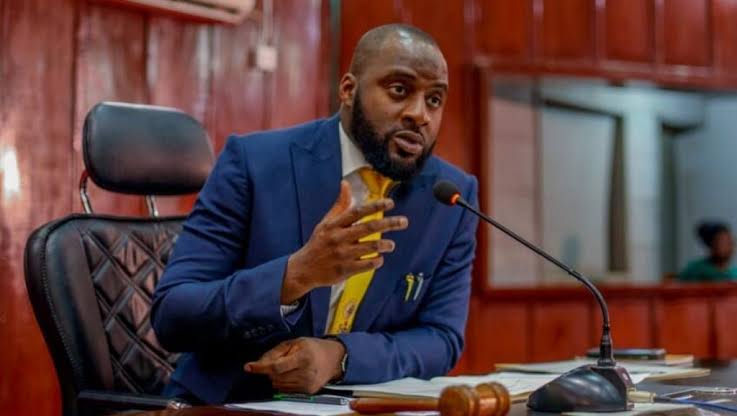 The Speaker, Oyo State House of Assembly, Hon Adebo Ogundoyin has directed the State Commissioner for Works and Transport and his counterpart in the Ministry of Local Government and Chieftaincy Matters to immediately inspect the Lanlate/Eruwa bridge washed away by flood early Tuesday.

The bridge was damaged following heavy downpour that lasted over five hours.

The Speaker said it was regretful that the only bridge linking Lanlate and Eruwa Community had been washed away hence the urgent need for the State Government to act fast on the situation.

” Nature was at work in my constituency. We are however thankful to God that it happened in the early hours of Tuesday and no life was lost. I have approached the State Commissioners for Works and Transport, Prof Dawud Sangodoyin and that of Local Government and Chieftaincy Matters, Chief Bayo Lawal and directed them to proceed on an inspection tour of the damaged bridge with a view to taking urgent action on it. The damage has no doubt negatively affected the movement of our people in the two towns. “

According to the Speaker, the agony our people will face in the last few days is better imagined.

” This has even affected our students who are writing their NECO and WAEC as it is now virtually impossible to cross the stream.”

He appealed to the people to remain calm.

In the meantime, the Speaker also urged the two Commissioners to visit OkeIpin bridge in New Eruwa which overflew its banks as a result of the Tuesday heavy downpour.

He said the bridge needed to be expanded to enable it accommodate more volume of water especially in this raining season.