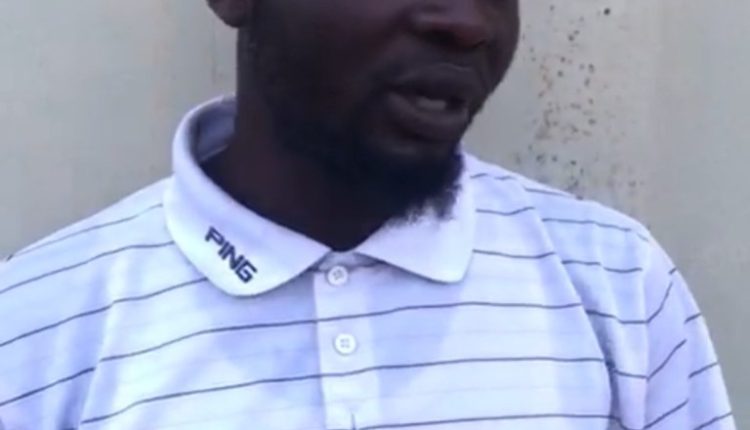 Monday, 5th September, 2022 in Ladoke Akintola University of Technology (LAUTECH), Ogbomoso, Oyo State came in an unforgettable but doleful dimension. Mr. Osunleke Oludare Alaba, a graduate of LAUTECH, stormed the institution to return his first-degree certificate and requested the tuition fees he had paid since he got admission to the citadel of learning. This can be substantiated with the video that has gone viral on social media. This incident is disheartening, lugubrious, sorrowful, mournful and pathetic.

Osunleke is a native of Ibadan, Oyo State. He studied agricultural extension and rural development. He graduated seven summers ago. He is a talented musician with immense enthusiasm in dancing. This talent has bequeathed him the opportunity to be given an award by Nigeria Television Authority (NTA). This paragraph can be corroborated with interview he granted the press men.

Some people who haven’t known the design of their destiny yelled and gigged in mockery; the sensitive ones were overtaken by sympathy especially on social media platforms. Sincerely, I was unhappy to its extremity and tears nearly cascade my cheek. For an individual, an educated person to be specific, to damn the consequence and express his feeling publicly, the issue has to be worried about, discussed and panacea has to be proferred to lighten his pang. It is palpable the man is swimming in the river of abject penury.

It is neither erroneous nor fallacious but it is factual Nigeria educational system is not meant for the poor people. Everything is expensive. Should we talk of textbooks, renting of hostel, transport fare not to highlight the tuition fee. The parents of this man struggled to cater for his academic pursuit. Sorrowfully, he has not secured any job to care for them back.

Majority of the people, on social media, are saying that he deserves to be given a job in no time perhaps by the government or an entrepreneur, that is pleasant, but he also needs to undergo psychological tutoring and proper counselling by an an expert counsellor to, at first, cure his mind’s ailment and be given pieces of advice. Let not leave ringworm and be attending to leprosy.

Indubitably, depression is the cogent cause of his action. For the sake of clarity, there is necessity to make the conceptualization of depression. According to Wikipedia, depression is conceptualized as a “mental state of low mood and aversion to activity, which affects more than 280 million people of all ages. Classified medically as a mental and behavioral disorder, the experience of depression affects a person’s thought, behavior, motivation, feelings, and sense well-being”. Word Health Organization has also done justice to the term; depression thus: “depression is a common mental disorder. Globally, it is estimated that 5% of adults suffer from depression. It’s the leading cause of disability worldwide and is major contributor to the overall global burden of disease.”

I began to ruminate on the future of the undergraduates in this country where employment opportunity is like rummaging for a bowl of water in the desert. Will menace of unemployment continue like this? I am optimistic by 2023, the story of this country will outrightly change for good. The candidate with human feeling shall emerge. In term of employment, albeit, government is trying their best according to their capacity, It will be extremely pleasant if the height of employment opportunities given out is still higher.

Mr. Osunleke who requested refund of his tuition fee in LAUTECH might have become opulent if he didn’t fall into the prey of the scurrilous herders who allegedly destroyed his farm with cows. It should be known that agriculture can’t be underrated in Nigeria, the acclaimed giant of Africa. It is one of the easiest sources of wealth accumulation

The government, philanthropists, business moguls etc are herein beseeched, implored to rise to this man’s aid. He needs financial help to quench his plight of financial barrenness. Education, they say, is the key to success. Since he is educated, he can apply his myriads of knowledge, specifically in his field of study, to positively affect this country.