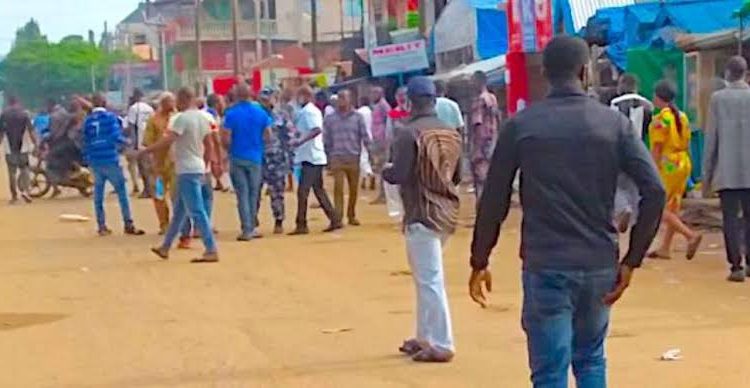 Socres of Journalists, party agents and observers fled in different directions after the police and suspected thugs exchanged gunfire outside St Peter’s Primary School, Akure, on Saturday.The primary school is being used as the collation centre of Akure south local government area of Ondo.

Electoral officials were getting set for collation of the governorship election results when violence broke out.

“Leave! It’s not safe here! Leave now,” some of the policemen manning the entrance the collation centre told journalists and observers.

Earlier, at one of the polling units in the area, a policeman had said some hoodlums were planning to hijack ballot boxes.

It’s not clear what the intention of the suspected hoodlums around the collation centre is, but additional policemen have been deployed in the area.

EndSARSNow: ‘Our Youth Must be Protected, Not To be Wasted…’ — Sunday Dare say As He Mourns Killing Of Protester In Ogbomosho

ONDO DECIDES: See Results Of Akure South LGA And Eleven Other as Released by INEC