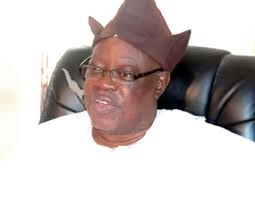 Lekan Balogun: The Olubadan That I Knew

Ibadan is a space of deep cultural manifestations and multiple histories. It is a place of wars and trades, as well as political intrigues and socioeconomic development. There are so many tales one can tell about Ibadan, from the famous Ibadan warriors and war heritage to its being site of many Africa’s first: first TV station, home to Nigeria’s first universities, Nigeria’s first skyscraper, Cocoa House, its location on seven hills, and its political legacies. We must also not forget that Ibadan is a place of peoples, both indigenes, strangers and settlers—we can weave a long trajectory from Bashorun Ogunmola to Oluyole, Adegoke Adelabu Penkelemesi to Rev. Emmanuel Alayande, from Wuraola Esan to Hunmoani Alaga, and from Salami Agbaje to Sanusi Adebisi Idikan. Ibadan’s history is both singular and collective. Ibadan’s history commenced in the tumultuous nineteenth century with the combination of internal strife in Yorubaland as a result and consequence of the collapse of the old Oyo empire. The imperial vision of the Sokoto Caliphate and the dynamics of the Atlantic slave trade all led to the emergence of the war camp in Ibadan. Outside of this, however, Ibadan grew from a strong military polity into a civic urbanism that makes it unique in history.

In outlining the unique history of Ibadanland, we must definitely not forget the intrinsic place and roles of the Olubadan. When celebrating the first anniversary of the 38th Olubadan, Oba Emmanuel Adegboyega Adeyemo, Operinde I, the editors of Ibadan Mementoes proclaimed: “Ibadan—a model of historical facts.” The Olubadan stool and its solid succession framework has been celebrated as one of the most enduring and conflict-free in Africa. It is this kingship system that embodies the unique military and civic tradition of Ibadanland, with ascension to the Olubadan stool made up of the military (Balogun) and the civil (Otun) sides. From the first Olubadan, Baale Maye Okunade (1820-1830), there have been about forty Olubadan. Today, we celebrate the Oba-elect, and the 42nd Olubadan, HRM (Dr.) Lekan Balogun. My celebration is anecdotal and analytical. It is meant as a contribution to the perception of the deep humanity of the Oba-designate.

It was the late Dr Busari Adebisi, my teacher at the University of Ibadan, who facilitated my first meeting with Dr Lekan Balogun. In 1985, I had finished my youth service and was preparing to begin postgraduate studies at the department of political science. I had no knowledge that Dr Adebisi had brought this fact, and especially that I had about six months before I would commence studies, to the knowledge of Dr Balogun. Thus, when we first met, he was deep in an animated conversation with two of his friends. There was no way I could join the conversation, being my first meeting with him. However, he not only invited me to join the discussion, he initiated another conversation with me after his friends left. After a while, Dr Balogun went in, and, in split minutes, he emerged with a letter appointing me as his executive/research assistant. He took me to a well-furnished office and handed to me the key to an official car. I had no idea what Dr Adebisi told him, or even what he thought he saw!

And subsequently, Dr Adebisi and I would meet with him in what then became a regular session of serious intellectual brainstorming. I later transited into a staff member at his Lib Company Ltd where I had another rewarding employee experience. I not only had several trips with him to the Aliwo Compound, I also once followed him to a meeting with Olubadan Asanke at the palace in Oja Oba. I got a further dose of his abiding humility when, as a Federal permanent secretary, the now Senator Balogun would visit me several times at my office. It is rare for me that a mentor would go to that extent to keep the relationship steady and firm.

In the Olubadan-elect, we have a personality that combines compassion, industriousness and an ideological intellect. And I have witnessed all these. As a scholar, Dr Lekan Balogun is a progressive who wields Marxian scholarship as an ideological tool for understanding and fighting for the masses. The ideals he nurtured are those that moderate his social relations. For instance, as a management staff of the Shell British Petroleum Company, he had to resign his appointment because, as the head of recruitment, he found himself rejecting the legitimate demands of the workers. That type of situation did not square up with his ideals of being a progressive. For him, the people matter, both at a democratic and Marxian levels. And in the final analysis, these ideals had to moderate his politics and political vision. As a research fellow at the Ahmadu Bello University, Zaria, it did not take long for him to tender his resignation. His progressive sensibility was just too charged to bear deodorizing government’s policy that had no potentials for transforming the well-being of Nigerians. No one then would have been surprised when he eventually made up his mind and joined the People’s Redemption Party (PRP) of Mallam Aminu Kano in 1978. This was the logical conclusion to Dr Balogun’s Marxist credentials as a progressive on behalf of the people.

This is the person and persona that has ascended the throne of the Olubadan. And I am very optimistic, and my optimism is contrary to the belief of so many who seem to think that the position of the Olubadan (or even political leadership in the country) has been undermined by age. In other words, so many people believed that by the time one ascends the throne, there would be so little to do as a result of old age. I disagree. Alfred Lord Tennyson, the English poet, once wrote in “Ulysses,” “Old age has yet its honor and its toil/death closes all but something ere the end/Some work of noble note, may yet be done.” For Tennyson, old age is not and never is an excuse to be irresponsible. The honor of old age, and even its redemption, is to keep performing noble works. And the refusal to do this is not due to old age; it is a function of a deficient character. I do not think that Senator Lekan Balogun is deficient in character. I think he has the persona of a traditional ruler as an agent of transformation. I have written many pieces about the modern role that our sociocultural and developmental circumstances have placed on the traditional institutions. Despite the notorious roles that some of the traditional rulers have played in Nigeria’s democratic experiment, roles that have deprived them of their time-honored respect and functionality, I have argued that there is still a lot that tradition and the necessities of modernity compelled them to fulfil.

Like the Awujale, the Obi of Onitsha, the Alafin, Ooni, and many more, the Olubadan has his role carved out for him as the moderator of modernity. In other words, he is a traditional brand that stands at the critical juncture where democracy, development and local governance meet. The enormous cultural and political influence that the Olubadan wields, allows him to become the embodiment of the principle of subsidiarity and its capacity to renovate local governance as a crucial dynamic in democratic governance and national development. And this is doubly so for Oba Balogun because he now has the status to bring to bear his radical progressive ideals on the well-being of the Ibadan and Oyo State people as a whole. And this should not be that difficult at two levels. One, there are already other modern traditional rulers with which Dr Lekan Balogun can connect. And two, there are also already in place critical development models, initiatives and good practices that could serve as partnership ties for the Olubadan to key into both in Nigeria and all around the globe. I am talking about, for example, the Awujale Poverty Alleviation Scheme in Ijebu Ode, the self-help and cooperative programmes that could transform into capital enhancement for Ibadan traders and others, or the culture modernizing initiatives of the Obi of Onitsha, to name just a few.

This possibility for capital formation reminds me of Hernando de Soto’s argument in The Mystery of Capital (2000). In response to the question as to why capitalism has failed to deliver the wealth required for development in the third world as it had done in the first, he argues that there is a lack of capital deriving from the tendency in people to hold the crucial resources for wealth in defective forms. For instance, the large land mass that makes up Ibadan, most of which are traditionally owned, have not been properly documented and mapped in ways that generates investment capital. This means that by taking the principle of subsidiarity seriously, the Olubadan can champion a development process that link the enormous resources of Ibadan into development frames which make local governance and development progress possible. So is the poor addressing system in Ibadan that is constraining digital-propelled urban renewal and cadastral mapping. The new rail lines passing through Ibadan cannot just be allowed to keep expanding demographic possibilities without tapping into its potentials for local development and the crystallization of a truly smart city.

Let me return to that significant proclamation: “Ibadan—a model of historical facts.” With the ascension of HRM Dr Lekan Balogun as the next Olubadan, we have installed a king who would not only want to justify the confidence reposed in him as a worthy bearer of the historic legacy of Ibadanland, but also someone who carries in his person the firm progressive ideals that can extend the heritage of Ibadan. Long may the Olubadan reign!