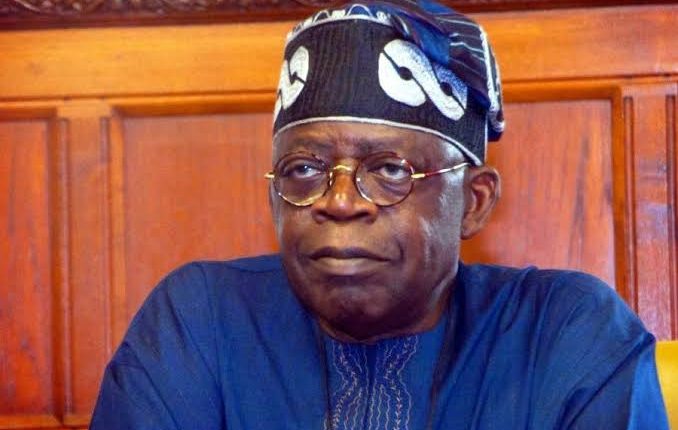 The National Leader and Cheiftain of the All Progressives Congress (APC), has proposed that revenue from the Lekki tollgate, Lagos State, be donated to confirmed victims of the shooting that occurred during the #EndSARS protest.

In a statement made on today, Monday 26th of October, he also advised that the identifiable Victims of Police brutality in Lagos State should be considered.

Mr. Bola Tinubu also further rebuffed the claims that he ordered the deployment of soldiers against peaceful protesters at Lekki toll plaza on Oct.20, 2020.

“I propose to government that the tollgate be left closed for an indefinite period.

“If it is reopened, revenues should be donated to the confirmed victims of the Lekki attack as well as to other identifiable victims of police brutality in Lagos.

“Let government use the money to compensate and take care of those who have lost life or limb in the struggle for all citizens to go about the quiet, peaceful enjoyment of life without fear of undue harassment at this or that checkpoint.’’

On the allegations that he owned the Lekki toll gate concession, Tinubu refuted the claims, saying the toll gate was a public asset of which he had no business interest in.

On his involvement in the killings, he said: “I did not order this or any assault against anybody neither do I have any prior knowledge about this sad event.

“The present situation clearly does nothing to profit me politically or otherwise.

“It has complicated matters for me because many people now wrongfully blame me for a violent incident in which I played no part.

“Still, I stand strongly behind the people of Nigeria and affirm their right to protest peacefully,” he said

The APC leader condemned the use of force on peaceful protesters.

“ The use of strong force against any peaceful protesters is indefensible.

“It is completely outside the norms of a democratic society and progressive political culture to which I have aspired and devoted public life.

“It is my firm belief that no one should be harassed, injured or possibly killed for doing what they have the constitutional right to do in making their contribution to a better, more equitable society.’’

He said: “Along with all well-meaning, patriotic Nigerians, I want to see an end to all forms of institutionalised brutality and l shall do my utmost to see that this humane objective is realised.

“For, if these protests can generate meaningful reform, our youths would have achieved a compound national success.

“First, they would have ended the terrible matter of institutionalized police brutality.

“Second, Nigeria would have made an important accretion to our political culture whereby government listened to and acted on the recommendations of ordinary people protesting against the wrongs done them.

“This would establish a healthy precedent. Yet such durable progress can be made only if government respects the protesters and protesters actively negotiate with government,’’ he said.

UI VC Race: Governing Board To Shortlist 6 Applicants Out of 18 as Selection Process Begins