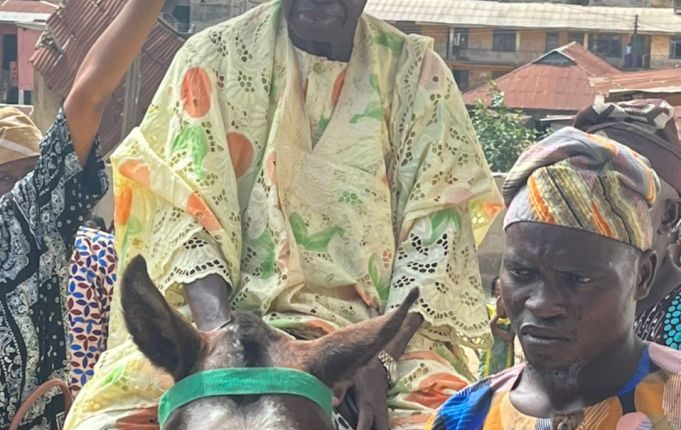 The 83-year-old actor, who bears a striking resemblance to the late politician, will breathe life into the script, which focuses on the life and times of Mr Adedibu, his achievements and his impact on Oyo State and Nigeria.

Founder of the Best of Nollywood Awards, Seun Oloketuyi, recently announced plans to bring to the cinema a new biopic based on the life of the late aristocratic power broker in Oyo State, Nigeria.

Mr Oloketuyi stated this in a statement on Friday in Lagos following the wrap-up of the movie shot in some locations around Ibadan, the Oyo State capital.

He said the new movie titled ‘Adedibu, Alagbara Ibadan’ is about the life and times of Mr Adedibu, his achievements and his impact on Oyo State and Nigeria.

The News Agency of Nigeria reports that a biopic is a film dramatising a particular person’s life, typically a public figure.

Oloketuyi, the biopic producer, described Mr Adedibu as the strongman of Ibadan politics during his lifetime.

He said he shot the biopic in keeping with his promise to make historically relevant movies that would document Nigeria’s rich history, preserve the nation’s stories in modern art forms and entertain audiences.

“ This particular movie is dear to me because it is an answer to the need to keep Nigeria’s political history alive.

“Many of the people relevant to our political history as a nation are being forgotten, and no one is going to help us remember them. This is my bit to ensure that it doesn’t happen.

“ Adedibu made so much of an impact that we must not allow the memories of his time to be forgotten. This was what birthed the idea of ‘Adedibu, Alagbara Ibadan’,” he said.
It was directed by Abiodun Jimoh and also starred other actors such as Dele Odule, Afeez, ‘Saka’ Oyetoro, Segun Arinze, Kayode ‘Aderupoko’ Olaiya.
Others include: Shushu Abubakar, Adekola ‘Kamilu Kompo’ Tijani, and Taiwo Ibikunle.