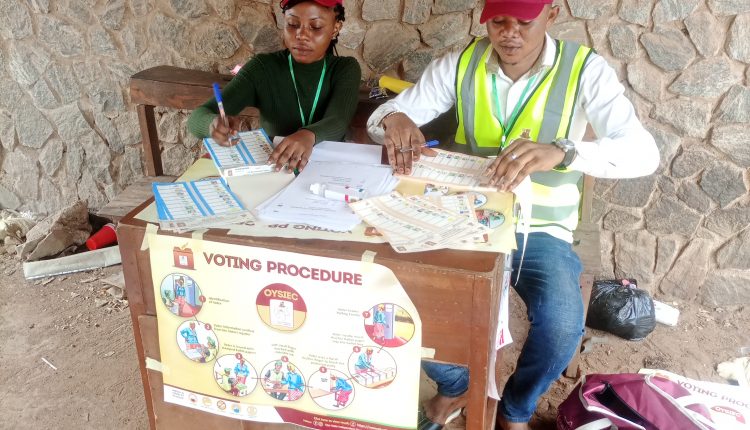 Many residents of Ibadan, the Oyo State capital, defied the restriction of movement ordered by the Oyo State government during the local government election on Saturday, the News Agency of Nigeria (NAN) reported.

A NAN correspondent who monitored the situation discovered that commercial vehicles were seen conveying passengers to different destinations even as security operatives were absent on the roads.

Some respondents, however, told NAN that the early morning rainfall in Ibadan may have contributed to the indifference by residents, which also affected the early distribution of electoral materials to polling centres.

Mr Sunday Adeoye, the Electoral Officer for Iseyin Local Government, attributed the delay to the early rainfall in the area.

At about 8:15 a.m. there was no sign of electoral officers or voting materials at Ward 03, Units 12 and 13 at Iseyin District Grammar School, although a few voters were seen checking their names on the voting list.

Meanwhile, at the Oyo State Independent Electoral Commission (OYSIEC) at Oluyole in Ibadan South-West Local Government, electoral officers were seen at 8.25 a.m. arranging for materials to be delivered at polling centres.

One of the supervisors, who pleaded for anonymity, told NAN that the delay was due to the rainfall and other logistics.

“We have been here since yesterday night, but the vehicles to convey electoral materials arrived late this morning due to the rain.

“Some officers have already left, anyway, but many are still around waiting for other logistics to be arranged,” he said.

At Ibadan North West, Onireke, the dispatch of materials started as early as 7:00 a.m. with officials distributing tags to security operatives.