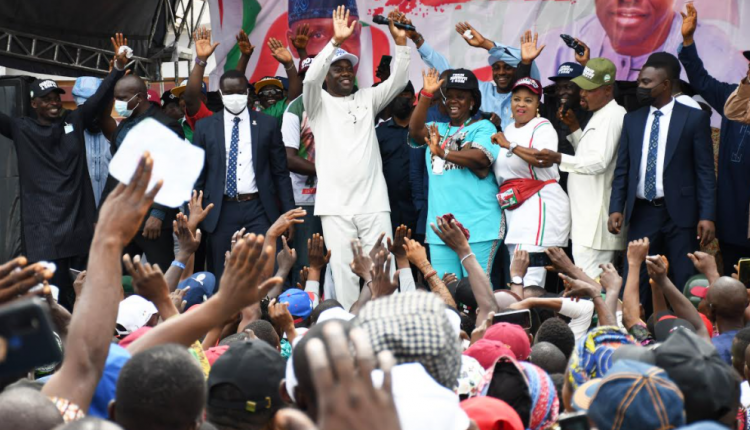 The governor, who stated this in Ogbomoso during the official presentation of flags to candidates of the People’s Democratic Party(PDP) in the five local governments of Ogbomosoland, who are standard bearers of the party in the Saturday election.

A statement by the Chief Press Secretary to the governor, Mr. Taiwo Adisa, indicated that the governor spoke at a rally held in Oja-Igbo, Ogbomoso, adding that electing right people into local government will deepen the development already activated by his administration at the state level.

Makinde admonished the politicians to make election peaceful and prayed that election will not claim the life of anybody.

The governor reiterated that his administration will construct the Iseyin-Ogbomoso road to smoothen the journey from Ibadan and drastically cut traveling time.

The governor said: “Your vote is what will make the projects we are doing in the state spread to the local government level. All the campaigns you held lately have been peaceful.

So, I want to urge you to make the election peaceful as well and I pray that the forthcoming election will not claim the life of anyone.

“Very soon, this administration will clock two years. With all the challenges we have been able to surmount through the grace of God, we cannot but be grateful to Him. All our candidates in Ogbomosoland, you need to vote for them.”
He therefore appealed to electorate to cast their votes for the standard-bearers of PDP, saying that the Party will not disappoint the electorates.