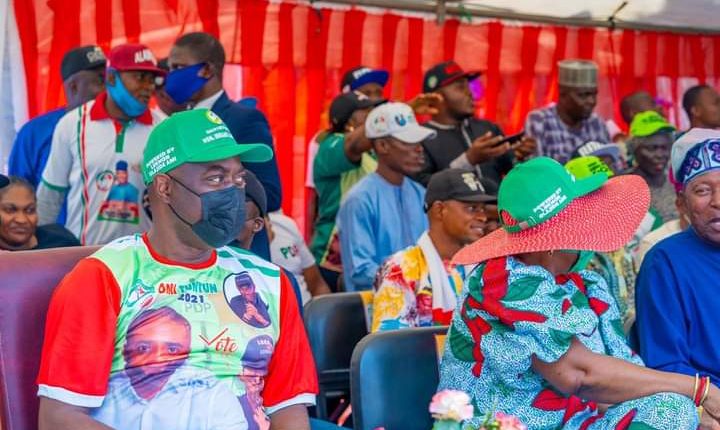 LG Poll Will Claim No Life In Oyo, Makinde Assures

Ahead of the forthcoming Local Government election across the state, Oyo State Governor Engineer Seyi Makinde has assured that no live will be lost to the poll.

Makinde stated this in Ogbomoso on Thursday during the presentation of flags to the PDP chairmanship candidates in the five local government areas in Ogbomoso zone.

Source quoted the Governor as saying that all the campaigns held cross the state have been peaceful. He urged the electorates to conduct themselves in peaceful manner when the poll is taking place on Saturday. His words: “all the campaigns you held lately have been peaceful. So, I want to urge you to make the election to be peaceful as well and I pray that the forthcoming election will not claim the life of anyone.

Speaking further, Governor Makinde noted that their votes are what will facilitate development from the state to the local government level which is the closest to the people. He added that his administration will embark on the reconstruction of Iseyin to Ogbomoso road which amount to a 40-minutes drive.

“Your vote is what will make the projects we are doing in the state spread to the local government level.”

“Very soon, this administration will clock two years. With all the challenges we have been able to surmount through the grace of God, we cannot but be grateful to Him. All our candidates in Ogbomosoland, you need to vote for them.”