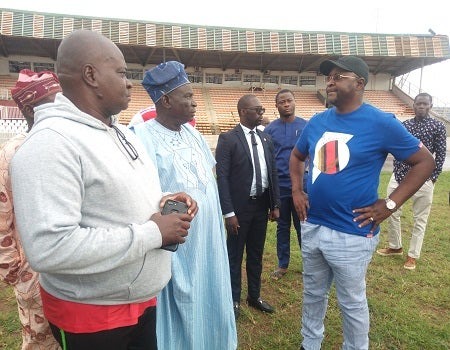 The Ministry of Youth and Sports Development has earmarked N143m for the renovation of the Obafemi Awolowo Stadium, Ibadan, The PUNCH reports.

This was contained in the 2022 budget submitted by the President, Major General Muhammadu Buhari (retd.), to the National Assembly on October 7.

The budget breakdown, which was seen by our correspondent, showed that N35m would be spent on repairing the swimming pool.

Sports minister Sunday Dare had in a visit to the stadium upon resumption of office in 2019, expressed disappointment over the state of facilities at the stadium, promising an uplift.

Minister for Youth and Sports, Sunday Dare Set to Commission…

Many other projects in the stadium were also included in the 2022 budget.

This includes the repair of the roof structure and roof covering of the mainbowl, which would cost N10m, general running and routine maintenance cost (changing of entrance gate, mainbowl toilets, degrassing, vegetation control) for N30m, and the reconstruction of the collapsed portion of the perimeter fence wall and overlay of internal paths and driveway which would cost N10m.

Provision of natural playing turf, reconstruction of athletes running tracks and rehabilitation of functional equipment at mainbowl for N48m and general maintenance of the stadium, which would cost N10m are the other projects within the stadium captured in the 2022 budget.