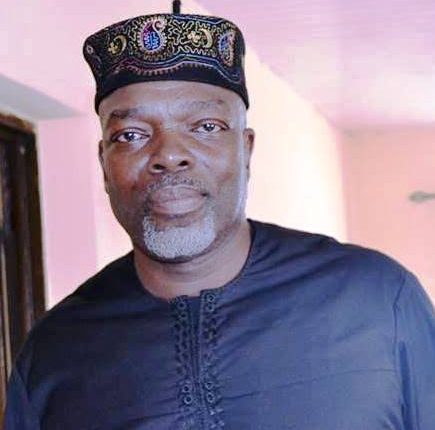 …How Event Played Out

Forum of People’s Democratic Party, PDP, Senatorial aspirants in Oyo Central Senatorial District has written a letter to Governor Seyi Makinde calling for a free and fair primary election and not imposition.

The forum in the letter signed by Comrade Wale Ajani and Honourable Wale Adegoke and made available to Newsmen on Tuesday said picking of Chief Bisi Ilaka as the candidate of the party by leaders and stakeholders of the party is imposition and not consensus.

They appealed to the Governor as a democrat to allow democratic process to take place.

The letter read: “We, the undersigned who are aspirants in the forth coming senatorial election, appreciate your various developmental programmes for Oyo State and also proud of your leadership qualities.

“We state categorically that the purported endorsement of Chief Bisi llaka by some party stakeholders on 3rd April, 2022 did not go down well with u s, based on the fact that the process was pre determined and under serious security threat

“As a democrat Sir, we believe you are aware that the basic principle of concensus is for all participating aspirant to agree with signatures, this we believe the stake holders did not do.

“We hereby humbly appeal to you to allow democratic process to take place by allowing free and fair primary. We count on your support Sir. Please accept our highest.”

Meanwhile, various leaders from Oyo PDP Senatorial District have described the position of other aspirants as laughable and unsportsmanlike. They condemned in strong terms the letter written and signed by duo of Wale Adegoke and Wale Ajani alleging that Chief Bisis Ilaka did not emerge as consensus candidate but was imposed.

One of the leaders from Egbeda local government who spoke on behalf of other leaders said, “we read with dismay the letter written by Wale Adegoke and Wale Ajani discrediting the credible process that threw up Ilaka as our consensus candidate.

” On Sunday, leaders from all the eleven local governments making up Oyo Central converged on Ojoo area in Akinyele local government to deliberate and decide on who to nominate as Oyo Central Senatorial candidate. Wale Ajani was the first aspirant to arrive the venue followed by Adegoke and later, Ilaka.

“We asked the three aspirants to address the leaders for five minutes each on why they wanted to represent the district. After their presentations, they were asked to step outside. The meeting had in attendance Executive Chairman of ten local governments and party chairmen. Only Egbeda LG sent representatives because they were yet to pick cinsensuy candidate for state Assembly.

” Ogooluw LG was the first to announce Ilaka as their adopted candidate, followed by Suurulere. All the four chairmen from Oyo Federal Constituency read a communiqué that they have unanimously adopted Ilaka. Akinyele did same likewise Lagelu who said they adopted Ilaka based on his support for the local government. Oluyole also nominated Ilaka.Ona Aara said they nominated Ilaka while the representatives sent by their leaders declined to make any nomination saying that they must get directive from their leaders. Later, they nominated Ilaka as their candidate based on the directive from their leaders.

“One of the aspirants made a transfer of one million naira as transport fare for all the leaders, Ilaka donated N650,0000 cash, another aspirant promised N650,000 but donated N150,000 and promised to transfer the balance that Sunday which he is yet to fulfil. After the exercise was concluded and the result was announced, one of aspirants who donated one million naira called the Senatorial chairman on the phone, Hon Ogunremi asking him to refund his money. The chairman promised to do that and the chairman asked whoever that wanted his money returned to speak out.

When contacted by Our Source, the Senatorial chairman who failed to mention the name of the aspirant said he couldn’t transfer a sum of million on his phone citing why the he hasn’t refunded the money and that the marathon meeting they have been having at the Government House since Monday has also contributed to the delay. He noted that the process that threw up Bisi Ilaka was transparent, fair and credible.