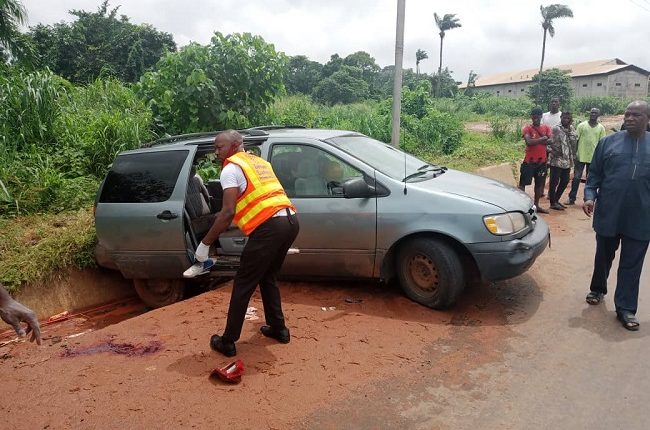 Mr Ahmed Umar, the Sector Commander, confirmed the accident to newsmen in Abeokuta on Sunday.

Umar said the Man diesel truck with registration number BR 446 XE, was on excessive speed when it hit the median and fell on its side at about 7:18 p.m.

According to him, the truck was loaded with bags of sugar while some of the victims were sitting on the bags before the incident.

The FRSC boss stated that 15 people were involved in the accident, comprising 14 men and one woman.

He explained that the eight people injured were all men, saying that two persons died in the accident.

“One vehicle was involved with registration number BR 446 XE, a Man diesel truck,” he said.

Umar said that the deceased had been deposited at FOS morgue, Ipara, while injured victims were taken to Victory Hospital Ogere for treatment.

The sector commander warned motorists against speeding and dangerous driving.