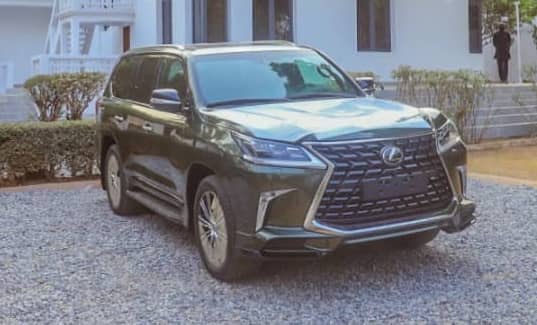 Oyo State Governor, Seyi Makinde , on Saturday evening, paid a visit to the Molete Ibadan home of the former Governor of Oyo State, Dr. Victor Omololu Olunloyo, where he presented the former governor with a Toyota Land cruiser jeep.

Makinde, who was accompanied by a number of government officials, held a closed door meeting with Olunloyo.

Governor Makinde, while pointing to the Army green colored car, said: “Your Excellency, let me present you with this gift.”

An excited Olunloyo, however, asked one of his aides to pray for the governor and the success of his administration.

The governor, his entourage and Olunloyo later undertook a tour of the former governor’s newly renovated residence.

In his brief remark, Olunloyo praised Makinde for what he called his good works, praying that the governor will continue to record successes.

“You have done well by giving befitting burial to the departed monarch including the Soun of Ogbomoso and the Olubadan of Ibadanland.