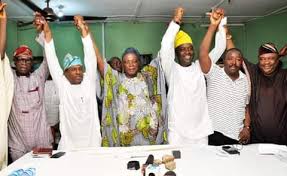 Makinde Has Compensated Those who Stepped Down For Him – Lanlehin, Alli, Others

A former member of the House of Representatives, Hon. Kamil Akinlabi, has said that Governor Seyi Makinde of Oyo State has compensated all gubernatorial candidates who stepped down for him in 2019.

DAILY POST gathered that the coalition was facilitated by former Governor of the State, Senator Rasidi Adewolu Ladoja a few days to the gubernatorial election.

But the gubernatorial candidates among whom are Lanlehin and Alli have accused the governor of abandoning them.

They alleged that the governor is not working in line with the coalition agreement.

Lanlehin and Alli specifically alleged that Makinde has sidelined them.

Akinlabi has however said that all the candidates who stepped down for Makinde have been duly compensated.

He noted that contrary to Lanlehin and Alli’s claims, all the candidates have been compensated one way or the other.

Akinlabi who is the Executive Chairman of Oyo State Road Maintenance Agency (OYSRMA), insisted that the Governor did not jettison the coalition agreement, contrary to insinuations.

He explained that the candidates and the parties that were part of the coalition have been compensated.

Akinlabi said, “Every gubernatorial candidate that stepped down for Makinde has been compensated one way or the other.

“Makinde never jettisoned the coalition agreement. There cannot be two masters in a ship.

“He has given appointments to those in ADC, Zenith Labour Party and SDP.

“I am also part of the coalition, I am ADP member. ADP has been compensated.”

Nigeria @61: We Must Be Loyal And Proud Of Being Nigerians—Gov Makinde