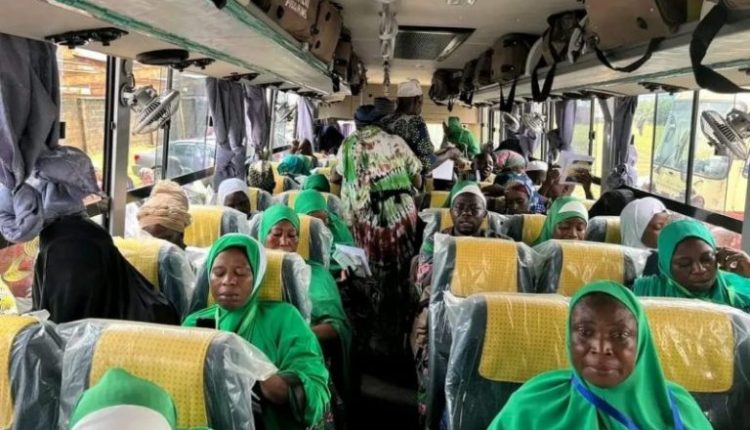 He disclosed while addressing newsmen on Monday, in Ibadan.

According to him, the denial of visa to the affected intending pilgrims by the Saudi authority on the 11th hour, was based on recommendation of the National Hajj Commission of Nigeria, NAHCON.

He explained that 629 out of 43,000 slots given to Nigeria was allocated to Oyo State to perform 2022 Hajj, despite that over 1,000 Muslims have already registered to perform the hajj.

“To take care of the shortfall, we in Oyo State Pilgrim Welfare Board requested for additional slots from NAHCON.

“And this was granted, as additional 150 slots were given to Oyo State, thereby increasing the State’s slots from 629 to 779.

“Based on its correspondence with NAHCON, Oyo State Pilgrim Welfare Board made preparation for 779 pilgrims.

“But the state’s slot was reduced to 629 few days before the pilgrims were scheduled to go to holy lands.

“The board hereby regret that about 150 intending pilgrims from the state could not perform this year’s hajj,” he said.

The chairman recalled that the holy exercise did not take place for two years as there was no pilgrimage to Mecca and Medina in 2020 and 2021 due to the outbreak of COVID-19 pandemic.

He explained that the resumption of Hajj in 2022 was characterised by a sharp increase in number of intending pilgrims, who wanted to embark on the Holy pilgrimage.

Malik, however, said that Governor ‘Seyi Makinde had approved the payment of full funds to whoever among the affected people, intended to collect back their money.

He assured those who wanted to use their money for the 2023 pilgrimage that they would be the first to be considered for the exercise.

The chairman said that such individuals would not make any additional payment to the one they had made this year.

He further announced that the board was committed to payment of Basic Travelling Allowances (BTA) to all the pilgrims in full, saying that none of the pilgrims would be short-changed or funds meant for payment of their BTA be diverted.

“The truth of the matter is that there were delays in the release of BTA to the board as a result of the late release of the circular guiding the payment of allowances by the authorities.

“This is not peculiar to Oyo State pilgrims, as all pilgrims across the states are faced with the same situation.

“As a result of the delay, the first batch of pilgrims from Oyo State and several other states of the federation had to embark on the trip to Saudi Arabia before the BTA could be secured.

“The delay, however, does not indicate that any of the pilgrims would lose their entitlements.

“It must be placed on record that the dollar scarcity which had hit the foreign exchange market is a key contributor to the delay to secure the required BTA.

“While the delayed payment of the BTA is regretted, we have to place on record that there is no intention to divert anyone’s entitlement or deny any of the pilgrims their due,” he said.

He said the third batch comprising 238 pilgrims were transported to Holy Land on July 2 and that the last batch of 60 pilgrims, were airlifted on Monday, July 4.