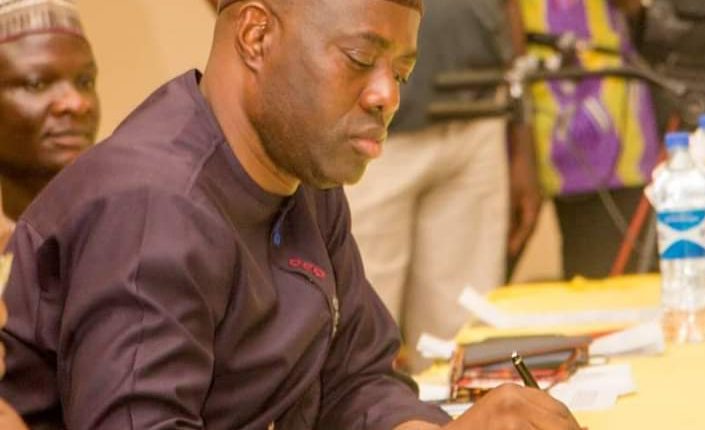 Makinde proposes the Establishment of Satellite Campus of Oyo State College of Nursing and Midwifery, forwards Bill To Assembly

As parts of the efforts of Oyo State government in ensuring better service delivery and bringing tertiary education closer to the people, Gov. Seyi Makinde has proposed the bill for establishment of satellite campuses of Oyo State School of Nursing and Midwifery.

The amendment is also to make the College meet up with its accreditation requirements.

The letter was read at Tuesday’s plenary by the Speaker, Hon Adebo Ogundoyin.

Consequently, the bill for amendment of the Oyo State College of Nursing and Midwifery Bill, 2005 was read for the first time at the plenary today, Tuesday 3rd of November.

How to check 2020 SSCE results