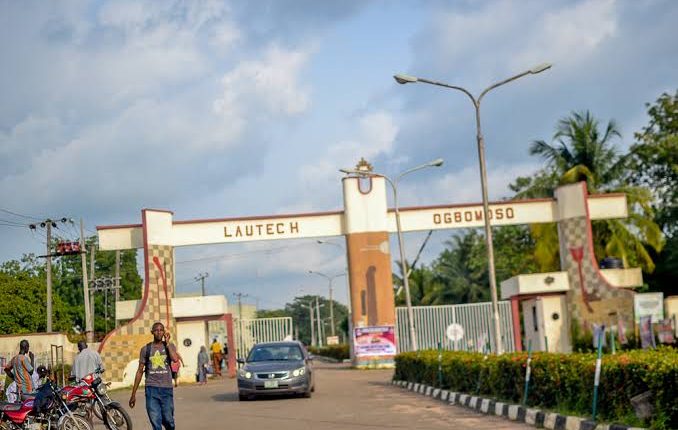 Oyo State chapter of the Socialist Party of Nigeria has described the the step aside order given by the Seyi Makinde-led administration to the Vice-Chancellor of the Ladoke Akintola University of Technology, Prof. Michael Ologunde Ogbomosho, as an attempt to cover up the legitimate agitation of staff members of the institution.

AKÉDE Ọ̀YỌ́ recalls that Makinde, through the Education Commissioner, Olasunkanmi Olaleye, on Sunday evening, ordered Ologunde to step aside.

SPN, in a press statement made available to newsmen on Monday morning, alleged that the governor ordered the VC to step aside for inciting protest against the administration’s failure to pay workers 7 months outstanding salary.

While calling on the state government to pay all backlog of owed salaries and allowances, the party described the allegation against the VC as denigrating and mischievous

“It is denigrating because it portends the workers which include both the academic and non-academic staff of the university as a robots under the remote control of the Vice Chancellor. It is quite unfortunate that the PDP-led government in the state has failed to come to a realisation that owing its workers outstanding salaries of over half of a year is enough incitement for agitation. But even if it was true that the VC incited workers, sacking him does not resolve anything. Neither does it change the fact that workers are being owed 7months salary. This means, it is only a matter of time before the university is rocked by industrial crisis again.

“Therefore, for us as a party, we think a more responsible approach is for the Oyo state government to pay all outstanding salary and allowances of workers in order to put an end to the real root of workers anger and agitation instead of chasing shadows or using the university to settle political scores.

“It is also important to stress that the reported allegation levelled against the sacked Vice- chancellor and the attempt by the government to hide under same as a basis for the sack of the VC is mischievous. All workers of LAUTECH are organized under different trade union organizations, ASUU, SSANU, NASU, and NAAT recognized and established by law. Therefore, they have the democratic right to embark on strike including peaceful protest to protect and defend both their economic and democratic rights without any incitement from any individual. This must be after a democratic discussion is conducted among members of the respective unions.

“Therefore, SPN affirms the rights of LAUTECH workers to embark on strike and protest to demand the payment of their outstanding salaries. It is our belief that the demand is implementable and achievable regardless of whatever expenses the government claimed to have incurred to secure independent ownership of the university. The traditional role of a union is to always seek to protect and advance the collective interest of its members. We call on the leadership of the unions in the university to ensure that at no time must the integrity of the unions be allowed to be muddled and dragged into the rivalry struggle for domination among sections of the thieving elites.

“As far as we are concerned in the SPN, the removal of Prof. Michael Ologunde, who is an appointee of the APC-led Osun state government which co-owned LAUTECH with Oyo state until recently is a manifestation of the struggle for political domination between the PDP faction of the ruling elites and its APC counterpart. While we recognize the importance of defending the law and procedure that establishes and guides the university respectively, it is our belief that such must not be done at the expense of the independence of the unions from undue interference of any section of the ruling elites. Besides, we warn against any attempt to divide the University along indegeneship lines. We demand the protection for the rights of every worker and student regardless of whether they hail from Osun and Oyo state.

“As earlier stressed only an independent union free from undue interference and influence of the ruling elites and their agent like the Vice-chancellors will always be able to ensure an adequate protection of the collective interest of the workers at all-time regardless of where they hail from.”