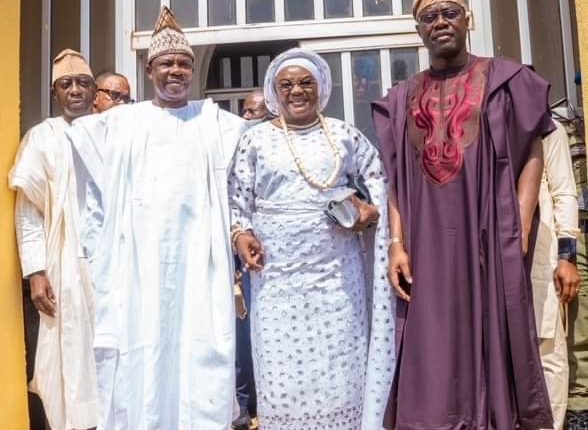 Abdul-Azeez Olajide Adediran aka Jandor, who is a popular politician in Lagos state, also attended the event.

The groom and the bride belong to the upper class families.

While the bride, Zainab is the daughter of Alhaji Razaq Oniyangi, the groom is the son of Alhaja Monsurat Olajumoke Sunmonu, a one-time Speaker of Oyo state House of Assembly.
Monsurat also represented Oyo Central in the senate between 2015 and 2019 and she served as Chairman, Committee on Foreign Affairs.

Newsbreak learned only the nikkah ceremony and get-together were held at the Waterview Area, GRA, Ilorin, residence of the Oniyangi family on Monday while a wedding event that would be done in a big way would be held next year.