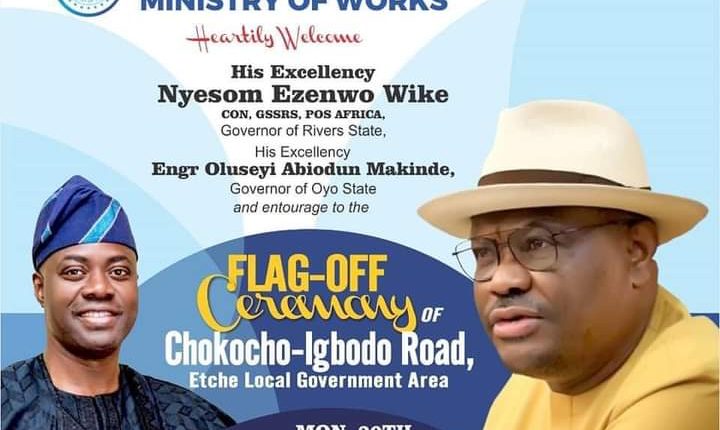 The Executive Governor of Oyo State, ‘Seyi Makinde will today, Monday December 20, flag off the reconstruction of the 27.1km Chokocho-Igbodo road, on the invitation of Governor Nyesom Ezenwo Wike of Rivers state.

This was revealed in a Facebook post, by the office of the secretary to the Rivers state government.

According to Governor Wike, the critical condition of the road demanded that the Rivers state government intervened in reconstructing the federal road and contract it out, to alleviate the sufferings of the people on the road.

The project, located in the Etche local government area, is expected to be completed within 12 months along side another federal road.

Meanwhile, the Special Adviser to the Governor on Special Projects, Alabo George-Kelly said the council approved the award of contract, at a cost of N13.523billion.