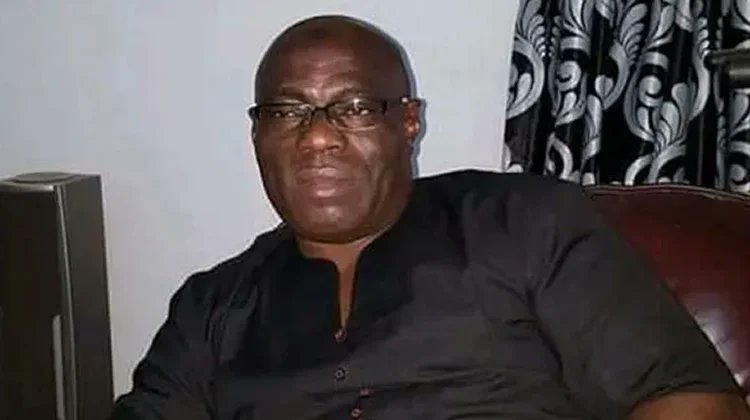 Makinde Turning Himself To PDP Godfather In South-West – Olopoeyan

A leader of aggrieved members of the Peoples Democratic Party in Oyo State, Bisi Olopoeyan, tells OLUFEMI OLANIYI that the party may fail to return to power in 2023 if its 13 governors continue to control the party

Why were the aggrieved PDP members in Oyo State absent from the party’s national convention?

I went to Abuja but I did not go to the Eagle Square where the convention was held for security reason. Mulikat Adeola was there; the chairman of our faction and others were there. They were delegates and I was also a delegate. They did not use the new executive that we just elected in the state; they used the old executive to draw the delegates’ list. They didn’t use either the ones they produced or the one our camp produced. The old executive was used in all the states.

How did you view the emergence of Taofeek Arapaja as the Deputy National Chairman?

They elected him at the convention. They said he won and I have no reaction to that. They said he won; so, what can I say about that again? They said he won in Osogbo and they said he also won in Abuja. He did not just start winning. But what I see is that governors have hijacked the PDP. The 13 PDP governors are the ones controlling the party and if the governor in a state does not like a politician, there is nothing that person can do to win in the party. Governor Samuel Ortom of Benue State brought the chairman, Nyesom Wike brought the national secretary and Seyi Makinde brought the deputy national chairman. They shared the offices amongst themselves. But we will see how such arrangement will translate to victory at the election.

Do you mean at the general election?

Yes. General election is different from party election and any party that wants to win needs the support of every member and must also be popular among the people. The PDP defeated the APC in the last presidential election in Oyo State by just 1,000 votes and we were together then unlike now that there is division in the PDP. That was the 2019 presidential election between President Muhammadu Buhari and Atiku Abubakar. We managed to defeat the APC by just 1,000 votes. If former governor Rashidi Ladoja and others did not support us during the governorship election in 2019, do you think the PDP would have won?

Now, those who supported us are no longer with us. Those of us who are members of the party are divided already. Can you see what I am saying now? No party can record success at the poll with division among its members; it’s not possible. Some other governors may be popular in their states, I don’t know about that because I don’t live in their states. Those who are not good also claim they are popular when they go outside their states.

It was said that the Deputy National chairmanship position was zoned to Osun State but Oyo State candidate contested against Osun candidate and defeated him. How did this change?

Everybody can see that everything that comes to the PDP in the South-West is taken by Seyi Makinde. Is he saying that those he sidelined do not have electoral value? If they produce PDP presidential candidate with this arrangement, do you think those who have been sidelined will vote for their candidate? It is a risky game. A governor that came to the party less than three years now takes over everything; that is unfair. Seyi Makinde said he did not want any godfather, but what is he now turning himself into? What should we call him? They should all look at what will be the future of the party with their actions. The 2023 elections are almost here and they will need those who they have thrown away. There are four offices in the South-West and one person took everything because he is a governor. The position of the deputy national chairman was zoned to the South-West and the same person took it because he has money to spend. Those who showed interest to contest, you arranged how they were disqualified. If you are popular, you don’t seek disqualification of another contestant. If you are popular, you will go to the field and slug it out there.

The position was zoned to Osun State before and this same person supported Prince Olagunsoye Oyinlola but withdrew the support at the last minute and snatched the position from Osun State and took it to Oyo State. To me, they snatched the position from Osun and brought it to Oyo forgetting that the 2023 presidential election is around the corner. When the PDP was together, Buhari defeated Atiku. So, I don’t know what will happen now that we are divided. They claimed some were disqualified because they took the party’s matters to court, but they also used court to sack Prince Uche Secondus. Who removed Secondus? Is it the party? If you forcefully take over the party, will you also forcefully ask the people to vote for your party? Arapaja won in Osogbo because Seyi Makinde who produced Arapaja was the secretary of the convention, Governor (Ahmadu) Fintiri of Adamawa State was the chairman of the convention. The governors are just directing the party the way they like. Makinde produced the zonal chairman, the women leader and Deputy National Chairman; that is greed. Nobody can be greedier than that.

But has Makinde not called you to a meeting to resolve the crisis with the aggrieved PDP members?

No, he has not called anybody to a meeting and I know that he doesn’t want to invite anybody to any peace meeting. What he wants to do is that he wants to be the Alfa and Omega of the party in the South-West. That is exactly what he said he did not want, but he is doing just that now. So, you can see how human beings behave. Arapaja left the zonal chairmanship position and became the Deputy National Chairman; Makinde produced his successor as the zonal chairman. He gave it to who he likes. That is the way they are running the party, but there will be consequences for their actions. No single politician can claim to be a political party no matter their influence. A political party can only aim to be formidable when members are carried along. The members will be the ones that will be selling the party to others and canvassing votes for their candidates. A party is not a one-man- show. But Seyi Makinde is the ‘Imam’ and he is also the ‘Seriki’ at the same time. That was the song which I sang sometime ago.

Are you not thinking of defecting to another party from the way you express your dissatisfaction about how your party is being run?

If that will happen, I won’t be the only one to decide that. You see that the aggrieved PDP members are many in the state. So, majority will decide whatever step we will take. But we are not going to any party, we own the PDP together. It is not anybody’s private business. But if they say they don’t want us again, then we will know what step to take. But any party that drives away its member is not interested in winning elections. All those who supported Seyi Makinde to win in 2019, he has turned against them. But if you look at President Buhari, despite what the people are saying that he is fighting against Asiwaju Bola Tinubu, have you ever seen anywhere Buhari attacked Tinubu or where Tinubu attacked Buhari? Buhari knows that Tinubu supported him when he needed his support and that was why he went to London to visit him when he was sick. To me, Buhari is much better than Makinde.

But the same Makinde was said to have sent some gifts to you during the Ramadan?

Yes, he sent the gifts and I rejected them. I had to reject them because that was not what I needed. I am not hungry. What is important is the relationship between you and somebody bringing some gifts to you. If I send a gift to him also, do you think he will accept it? If there is no love between you and somebody and the person sends you a gift, will you accept it? I rejected his gift because there is no more love between us. The problem we have with him is that he is the one taking over the party in the state and even in the South-West and he is sidelining others. The party cannot go forward if that continues.