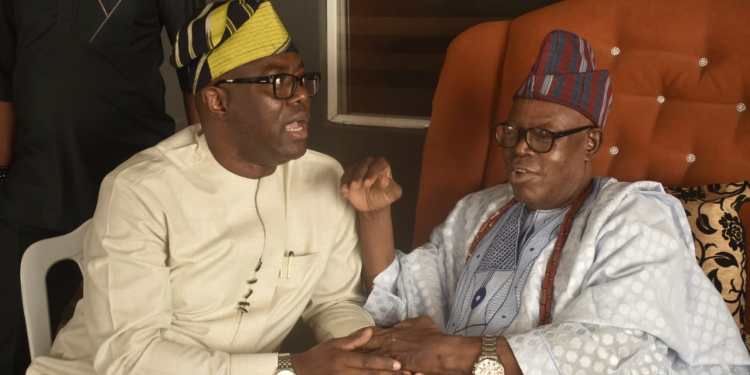 This is coming a day after the governor had approved the date for the installation ceremony of the monarch as the 42nd Olubadan of Ibadanland, on March 11, 2022.

Insideoyo.com gathered that the Governor’s visit was short and brief.

Senator Lekan Balogun, whose appointment was approved by the Oyo State governor on February 14th, would be coronated March 11, 2022.

Recall that the Governor approved the appointment of the Monarch after the position became vacant on Sunday 2nd January this year.

The approval follows a recommendation made by the Olubadan-in-Council and which was communicated to the governor recently.