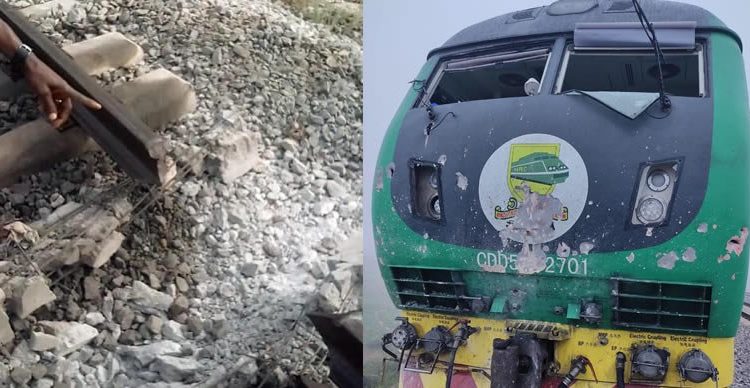 Many persons were feared abducted after suspected terrorists attacked a Abuja-Kaduna train with 970 passengers on board.

The incident reportedly took place around Katari and Rijina area of Kaduna on Monday night.

Katari and Rijina is 85 Km – Distance to Abuja.

Former Senator representing Kaduna Kaduna Central Shehu Sani tweeted he has been trying to reach a number of passengers on the train without success.

He claimed that villagers who confirmed the incident said they heard multiple gunshots from afar in the forest.

A passenger, Anas Iro Danmusa, who tweeted from the train, confirmed the incident.

He tweeted: “Please this is an emergency. We are inside the train at the moment. Kidnappers planted explosives in the engines have been ruined.

“We are helpless. Abuja to Kaduna train. Gunshots still been fired right around us. We are just under the seats praying to God while waiting for help. Since 8pm we have benn here. Between Katari and Rijina. I am a living witness. ”

He later tweeted that soldiers have arrived the scene of the train to rescue some of the passengers.