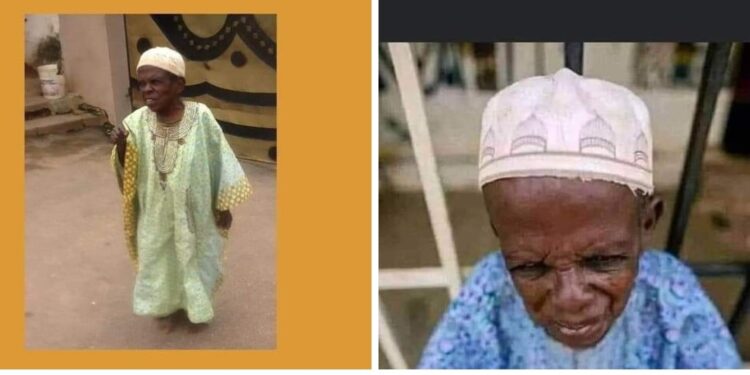 The over 200 year old servant popularly known as Baba Kekere while some call him Baba Keji has reportedly survived three Obas in Alaafins palace.

Baba Kekere who is the head of palace slave, is still alive and agile.

In a video obtained by Akéde Ọ̀yọ́, the old man revealed how the reign of Oba Lamidi Adeyemi, the just dead Alaafin of Oyo turned the palace to modern structure to wear new look.

According to him, he has survived Oba Adeniran Adeyemi (11), Oba Bello Gbadegesin (Ladigbolu 11) and the just dead monarch, Oba Lamidi Adeyemi (111).

Watch video below to see details…