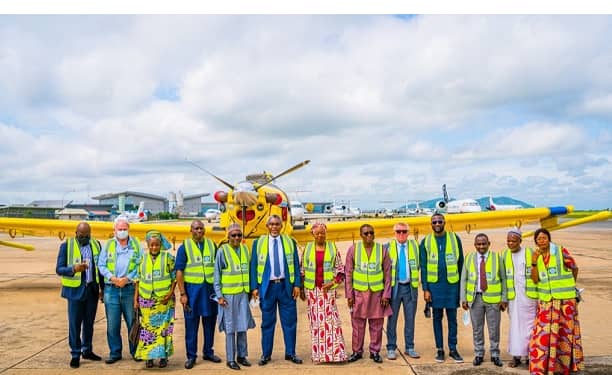 The Mineral Sector Support for Economic Diversification (MinDiver) of the World Bank has increased the number of aircraft conducting Airborne Geophysical Survey in the South-west, from two to four to boost mining activities.

Deputy Coordinator of MinDiver, Dr Abba Usman disclosed in an interview with the Newsmen on Sunday in Abuja.

Consequently, citizens would be seeing aircrafts hovering the affected states in days to come, with the aircraft flying at a low altitude, 50 meters above ground level, about the height of a 15-storey building.

MinDiver is a World Bank project under the Ministry of Mines and Steel Development to enhance the mining sector’s contribution to the economy by strengthening key government institutions.

The survey would be conducted in Oyo and 18 other states, including FCT across 121 local government areas.

Usman said the number of aircraft was increased from the initial two inaugurated by the Minister of Mines and Steel Development, Mr Olamilekan Adegbite, to four to fast track the survey before rains set in properly.

He said that the four aircraft had commenced the search for mineral deposits in Ekiti, Ondo, Oyo, Ogun and Osun, adding that the contractors will move to other states after completion of the four states.

“More aircrafts were added because we needed to get accurate minerals available in those states, if rains commence properly, it will disturb the survey, it is meant to be done on dry land,” he said.

He said that the ongoing survey came as a follow up to a similar survey conducted across the country from 2006 to 2011.

“After the interpretation of the survey, some mineral potentiality, especially metallic minerals were discovered and there was a recommendation for another detailed survey to be conducted in 19 states”, he said.