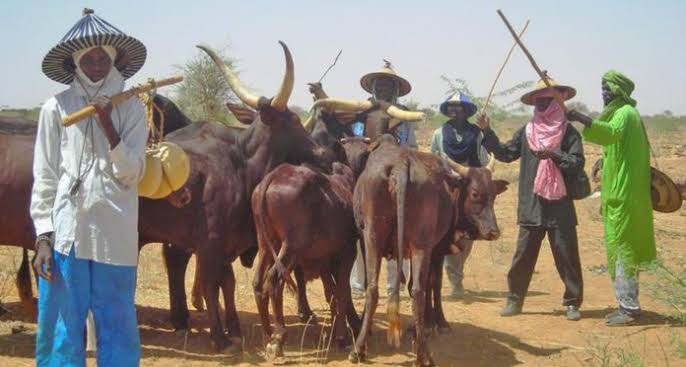 Fulani Cattle Breeders Association, Miyetti Allah has asked the Alaafin of Oyo, Oba Lamidi Adeyemi and the Oyo State Governor, ‘Seyi Makinde to disregard calls from some quarters to find a replacement for the current Sarkin Fulani of Igangan, Alhaji Salihu Abdulkadir.

The association released a statement through its Oyo State Chapter Chairman, Salihu Ibrahim Dende saying that calls by one Yakubu Bello to have the current Sarkin replaced should be ignored because he lacks any legal authority to speak on Miyetti Allah’s behalf.

The statement read: “The attention of the above named association has been drawn to a call by one Alhaji Yakubu Bello on his Imperial Majesty, Oba Lamidi Adeyemi III, the Alaafin of Oyo and the Oyo State government to dethrone the Sarkin Fulani of Oyo State, Alh Salihu Abdulkadir.”

“We wish to categorically tell the general public that Yakubu Bello lacks the legal authority to speak on behalf of Miyetti Allah Cattle Breeders Association of Nigeria (MACBAN) as the association has a substantive chairman and secretary who can speak on behalf of MACBAN and Fulani community of Oyo State.”

“We are appealing to Oyo State government and our respected Alaafin of Oyo to ignore such calls as it emanated from an unauthorized person. Alhaji Salihu Abdulkadir has been living peacefully with his host community before the coming of elements like Yakubu to Oyo State. The Sarkin Fulani of Oyo State has since challenged anybody on the face of the earth to come out with evidence on the allegations leveled against him”.

Salihu Ibrahim rounded up his statement by saying that the association would not hesitate to take legal action against Bello if he continued to make any more statements on behalf of the organization.