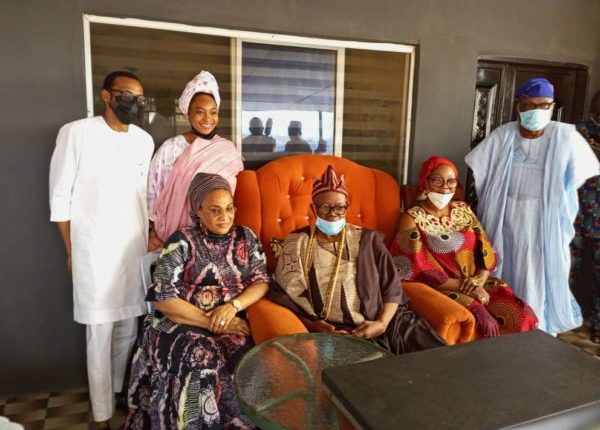 This, he said, became expedient to ensure that only people of respectable background hold Ibadan chieftaincy titles.

The Nigerian Tribune reports that, Balogun said, under his reign as Olubadan of Ibadanland, money would not be a determinant factor to hold Ibadan chieftaincy titles.

Balogun stated this when the wife of former Oyo governor, Mrs Florence Ajimobi led an entourage to pay him a courtesy visit at his Alarere residence, Ibadan.

Addressing his visitors, Balogun said his reign will be guided by the need to be listening and open to the people of Ibadan.

He added that his reign will be focused on ensuring further growth and development of Ibadan, in particular and Oyo state, at large.

“I promise a receptive and open-door reign which would welcome advice and suggestions for the peace and upliftment of our great city,” Balogun said.

She equally prayed for peace, stability, growth and development of the ancient city during and after the reign of Balogun just as she commiserated with him on the demise of his predecessor, Oba Saliu Adetunji.

Afenifere Calls For Immediate Release Of Sunday Igboho, Restructuring of Nigeria Before 2023 Elections