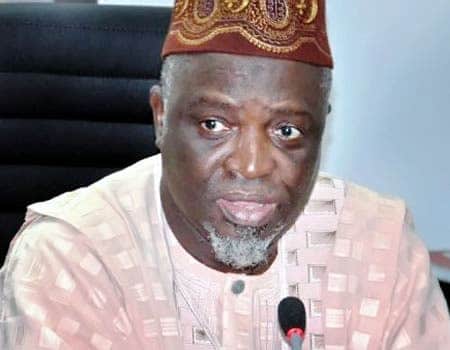 REGISTRAR of the Joint Admissions and Matriculation Board (JAMB), Professor Ishaq Oloyede, has emphasised the importance of prioritising the education of male and female children in equal measure.

This is just as he noted that a larger percentage of females than males now register for the Unified Tertiary Matriculation Examination (UTME), a computer-based standardised examination that his board conducts for prospective undergraduates in the country.

Oloyede spoke at the weekend in Ibadan, Oyo State, at a reception in commemoration of the elevation of Dr Morufat Balogun to the rank of professor by the University of Ibadan.

The occasion was also used to celebrate the 55th birthday of the honoree’s husband, Alhaji Abdur-Rahman Balogun, a media expert who is currently the head of the media and public relations unit of the Nigerians in Diaspora Commission (NIDCOM).

Professor Oloyede, who chaired the event which was attended by dignitaries from across the country, including the wife of the deputy governor of Oyo State, Professor Hamdalat Olaniyan, stated that “from statistics from universities and registration centres, not less than 60 per cent of those registering for the UTME are females.”

The former vice chancellor of the University of Ilorin said the education of every child, whether male or female, mattered, emphasising, however, that particular attention should be paid to the education of the girl-child.

He said: “I believe that every child, male or female, deserves to be educated. At a point in time, we were not paying particular attention to girl-child education but facts available to me now indicate that we just must pay attention to the education of all children.

“The education of every child matters. If you look at the history of this (new) professor, you will see that the father has seven children, all daughters, and this has not taken anything away from him because you can see that they all are doctors, pharmacists and so on. And here is a professor of Genetics.

“This means that every child that we have, whether a boy or a girl, deserves to be educated and we should strive to educate them.”

Oloyede commended the men around Professor Balogun, especially her father and husband, for choosing to be part of her success story rather than throwing obstacles in her path.

Professor Afis Oladosu of the Department of Arabic and Islamic Studies, University of Ibadan and Dr Khadijat Olaniyan Shobowale from the Lagos State University (LASU) delivered lectures that centred on Allah’s favours and the place of the girl-child education in Islam.

In a remark, Professor Balogun appreciated her parents, husband, colleagues, religious organisations and others for their support.

She announced the commencement of an annual award of N200,000 scholarship to the best M.Sc student in In Vitro Biology (Plant) by the Gani and Kudi Oladimeji Foundation (GAKOF), in collaboration with the University of Ibadan Post-graduate School.

This, according to her, “is to appreciate the contributions of our parents, Alhaji Ganiyu and the late Alhaja Kudirat Oladimeji, to unbiased girl-child education.”

Photos Of Sunday Igboho After Release From Prison In Benin