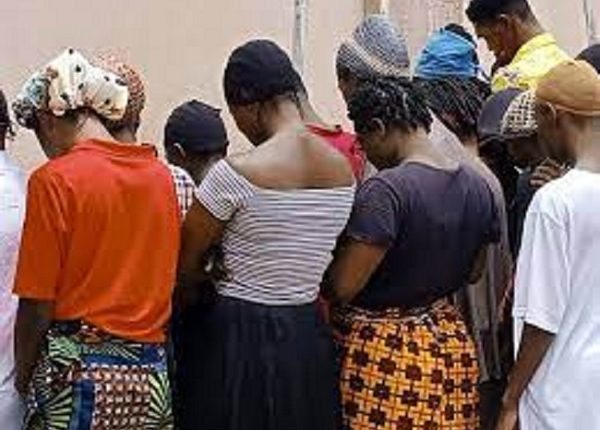 Speaking on behalf of NACTAL, the state coordinator, Mr Gbola Omotosho, stated that the consciousness that Oyo state is a major transits destination for trafficking in persons, NACTAL in collaboration with other federal and state governments of Nigeria, the European Union and Expertise France took the fight against trafficking to the border areas in the country, especially in Oyo State.

According to him, human trafficking, child trafficking, child labour and child abuse are crimes against humanity that take different forms, adding that “in Nigeria, these crimes are on the increase as many Nigerians are deliberately or ignorantly engaged in either of these crimes. Some desperate Nigerians leave the country through porous land borders, travelling through Niger and Libya en route to Europe in search of better economic prospects.

“These victims are at an increased risk of trafficking and often subjected to gross human rights violations that worsen their psychosocial vulnerabilities. In Oyo State, apart from all other local government areas, we have specifically taken the fight against Saki West being a border state. These are areas where TIP is very predominant in Oyo State and requires greater awareness to reduce the menace,” he said.

He added that NACTAL will continue to educate the public on the positive use of technology most especially as it affects trafficking in persons in line with the theme of the 2022 celebration; Use and abuse of technology, reiterating that trafficking is a criminal offence that must be stopped.

Also speaking, the coordinator of NAPTIP Mr Augustine Akayan, stated that every year, the 30th of July is set aside to raise awareness of the situation of victims of human trafficking for the promotion and protection of their rights and mobilise political will and resources to address the global problem.

He added that technology has played and is still playing a huge role in promoting and impeding trafficking in persons by aiding the recruitment of victims all over the world through online dating platforms where personal and detailed information of people are readily available and also on social media platforms.

He added that “traffickers use technology to profile, recruit, control, transport and exploit their victims. Technology is also a means of advertising and connecting victims to a wide range of customers through the internet for sexual services.

“Traffickers use the internet to track the movements and activities of victims through the GPS software installed on phones and technology has enabled and facilitated the posting of fake jobs advertisement, fake scholarships, adverts on non-existing football clubs,” he added.

He explained further that NAPTIP is in partnership with Facebook and the National Centre for Missing and Exploited Children (NCMEC) to enhance tracing and diligent investigation of all cases relating to online child abuse, human trafficking and other related crimes.