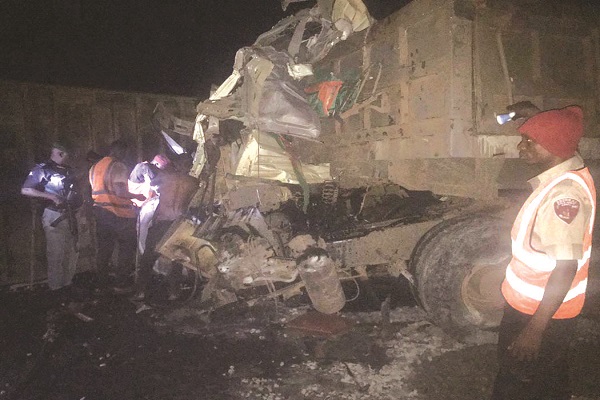 An accident involving three persons have on Sunday, claimed the lives of a motorcyclist and his passenger, in the Conoil area of the Lagos-Ibadan Expressway.

This was made known to newsmen in Abeokuta by the Ogun State Sector Commander, Federal Road Safety Commission (FRSC), Ahmed Umar.

He said: “The crash occurred at about 1055 hours on the Lagos-Ibadan Expressway around Conoil. A total of three male adults were involved, unfortunately two of them were killed in the crash while the third person was unhurt.”

Umar said the suspected cause of the crash was excessive speed, which according to him led to loss of control as the Honda Pilot driver hit and killed the motorcycle rider and his passenger.

The Sector Commander stated that the remains of the dead had been deposited at IDERA Mortuary, Sagamu.

In the meantime, Umar has cautioned motorists against speed violations, just as he commiserated with the family of the victims and enjoined the relatives to contact the FRSC Sagamu for more information about the crash.

Why Makinde Should Act Now On His Appointees – Group