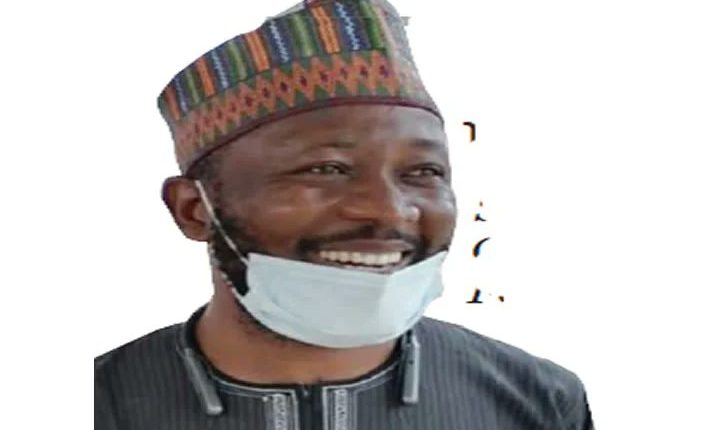 Sulayman Mubarak, Personal Assistant to the Resident Electoral Commissioner in Osun State, was one of the victims of the Thursday, February 10, 2022 bullion van robbery in the Idi-Ape area of Ibadan. A friend of the deceased, Abdulateef Olawepo, tells OLUFEMI OLANIYI the family is totally devastated by the death

What is your name and what was your relationship with Sulayman Mubarak?

My name is Abdulateef Olawepo. Mubarak was my very good friend and we had been together for the past 14 years. We met at the University of Ibadan and we had been very close since then. He was a very good person as you can see from comments of people here in Nigeria and abroad.

What was he doing for a living?

He was the Personal Assistant to Prof. Abduganiy Raji, the Resident Electoral Commissioner in Osun State.

How did the family learn about his death?

Somebody called his mobile phone, I think it was his wife, and a strange voice answered the call and said he (Mubarak) had been shot by armed robbers. Someone else called and the phone was again picked by a stranger, who repeated that Mubarak had been shot by armed robbers. The phone was called the third time, but this time, the line failed to connect and we became even more disturbed and worried. We learnt that there was a robbery attack at Idi Ape and we started searching everywhere.

In what state was he in when you found him?

Was he still alive then?

We were not there, but according to what those present said, he died on the spot because he was shot in the head. But those who rescued him decided to take him to the hospital, hoping there was a possibility his life could be saved. From the first hospital, they took him to UCH (University College Hospital) but they (UCH) said they had no space, so he was taken to Adeoyo (state hospital), Ring Road. That was where we recovered his body from.

Where was he going before he was caught in the robbery attack?

He travelled to Ikire in Osun State to pick his two-year-old kid from his parents. The kid had been with the grannies for some time. Mubarak went to pick him and was coming back home when the incident happened.

He had been driving and was caught in the traffic before the armed robbers struck. His car was trapped in the traffic and there was no chance to escape. He was right there in his car when the bullet hit him. We were devastated to hear police refer to him as an onlooker. His death is very painful; describing him as an onlooker makes it more devastating. He was a very responsible family man and his child was there in the car with him when the incident happened. How could any reasonable person describe him as an onlooker? Was the robbery incident a movie or what?

Has he been buried?

Yes, he was buried the same day. He was a Muslim and a very good one for that matter. We want it to be on record that he was not an onlooker contrary to how the police described him and it was reported by journalists. He was caught up in the unfortunate incident and the bullet went straight to kill him. He was shot in the head.

Where is his wife now?

She is inside (the house) but she can’t grant any interview now. She is traumatised.

How did she receive the news?

She is just trying to come to terms with it and take it as her fate but she is devastated. Those of us who are not as close to him as his wife are devastated, how much more his wife? I did not sleep all through the night.

When was the last time he saw his wife?

He drove his wife to her place of work in the morning and dropped her there before he went to Ikire to pick the son. While coming back, he called the wife that he wanted to do something in the Idi-Ape area and when the wife heard about the robbery incident at Idi-Ape, she called him to get the information but a strange voice answered the call that he had been shot. But up till now, we are still looking for the phone and his small wallet where he kept his ATM card and a few other things. We haven’t seen those items. May be they were stolen or can we say they were misplaced?

How many children did he have?

He had three children. The eldest is seven years old; the second one is four years old while the one he went to Ikire to pick is about two years old. The youngest one was with him when he was killed.

How is the boy now?

The boy has not eaten since then. They said he was shouting, “My Daddy! My Daddy!” when they got there to rescue the dad in the car. He is traumatised. He was there throughout the shooting but he was not hit by any bullet and he sustained no injury at all. But he is in shock and they said he would just jerk occasionally since the incident. So, we can’t say he was not aware of what happened. That will still be in his memory.

But let me say these robbery incidents are now very common in Ibadan. The state is infected with armed robbers and other criminals. This was not the case some years back and if one talks, they will say it is political. What is politics about this? Everybody is aware of the happenings. There was fighting at Agugu/ Oremeji area today (Friday). I was told it started on Thursday and that is the one we heard about. Many things are happening. The last time this kind of robbery (bank robbery) happened was in 2010 and Mubarak, incidentally, was in the bank. He was a student at the University of Ibadan that time; he was in the bank for a transaction at the time but nothing happened to him. Something should be done about the level of insecurity in the state. It is getting too much. People are being killed and nothing happens to the perpetrators. This is why this has continued.

So what is you appeal to the police?

We want those who killed him to be brought to justice. But we know that ‘investigation is ongoing’ is the usual reaction of the police to such and that is the end of it until another one happens. Our greatest fear is who will be the next victim? It can happen to anybody and that is why something must be done to stop this. Who would have thought that somebody living at Ajibode would be victim of a robbery at Idi-Ape? Many would think maybe those living around Idi-Ape, Iwo Road or Basorun would be victims of such an attack.

What is more surprising is that Testing Ground, which is an Area Command of the police, is very close to the scene of the robbery but those robbers went away. The area command should be headed by an Assistant Commissioner of Police and the place is less than one kilometre away from the scene. The truth of the matter is that Oyo State has become a friendly zone to thugs, hooligans and other criminal elements and nobody can deny that.