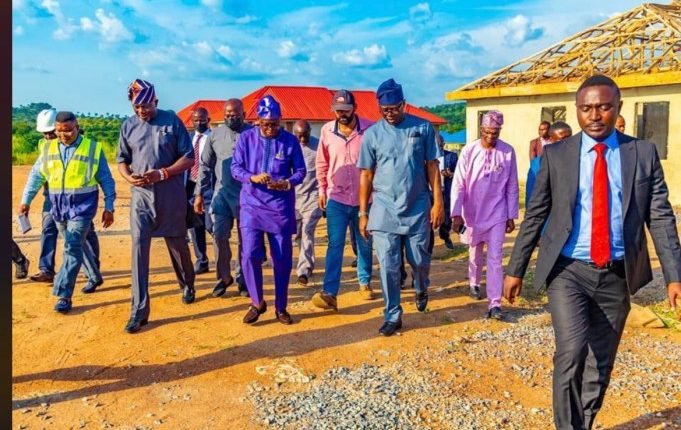 Makinde, who stated that the party has demonstrated its readiness to make the right decisions for its Operation Rescue Nigeria mandate by going ahead with its National Convention despite the decision by the Independent National Electoral Commission (INEC) to extend a process that had already begun, added that the PDP showed readiness to lead by organising a rancour-free convention.

A statement by the Chief Press Secretary to the governor, Taiwo Adisa, indicated that the governor stated these in his weekly newsletter.

He congratulated the winner of the PDP presidential primaries, former Vice-President Abubakar Atiku, on his victory at the primaries, noting that the result of the primaries was “the will of the majority, which is what democracy is all about.”

Makinde, who supported Atiku’s closest challenger in the presidential primaries, Rivers State Governor, Barr. Nyesom Wike, said “we will play our part to ensure that the PDP’s Operation Rescue Nigeria is a resounding success.”

He said: “As you already know, we had the Peoples Democratic Party (PDP) primaries in which we again demonstrated two things to Nigerians:

“One, that the PDP is serious about ensuring that we make the right decisions for Operation Rescue Nigeria. For the PDP to have gone ahead to conduct its primaries even though the umpire, the Independent National Electoral Commission (INEC), decided to change the rules in the middle of the game shows that we are a truly formidable force to reckon with. The weaker party had to wait for the results of the PDP convention before they made their move.

“Two, that the PDP stands head and shoulders above the rest in coordinating primaries at the state and national levels. Almost all results are in, and we had rancour-free deliberations. “So, those who tell you that the PDP and the All Progressives Congress (APC) are the same are not being honest.

“We all saw and watched the primaries play out, and a winner emerged. The result was the will of the majority, which is what democracy is all about.

“Let me then take this opportunity to once again congratulate our party’s flagbearer, HE Atiku Abubakar, for his victory in the primaries. We will play our part to ensure that the PDP’s Operation Rescue Nigeria is a resounding success.”

Governor Makinde, who on Wednesday, embarked on a tour of the ongoing Ibadan Circular Road and the 500,000 Litres Aviation Fuel depot at the Ibadan Airport, said his administration is determined to deliver the two projects to Oyo State residents.”

“On a governance note, we visited the Ibadan Circular Road project yesterday and assessed the impact it would have on the ongoing Ajoda New Town Estate. From our assessment, a few of the constructed houses will be affected, and we are having conversations with the contractors about how to navigate the disruption.

“We are determined to deliver the Ibadan Circular Road project to our people, and Craneburg Construction Company has already started work on the bridges and interchanges.

“Let me end this newsletter by saying that if you want to come into politics and make a change in the system, the time to do that is now. “Join a political party and be part of the process of building the structure. 2027 is not as far away as you may think,” he added.

Why I Didn’t Seek Re-election As Reps—Peller