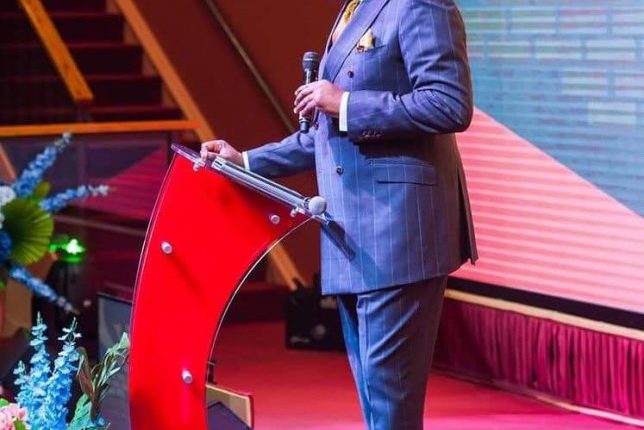 Senior Pastor of the Redeemed Christian Church of God (RCCG) Jesus House Washington DC Parish, Pastor Afolabi Ghandi Olaoye, has stated his ambition to be the new Soun of Ogbomoso is the will of God.

The Nation had exclusively reported how the RCCG pastor was picked by kingmakers to become the new Soun of Ogbomoso.

In a video posted on social media by the Parish, Olaoye, who addressed members of the church, said it was never his ambition to become the Soun.

He said he never wanted to be a king but God spoke to him about it and he had no option but to take a step of faith to obey God and watch what He wanted to do.

According to him: “All I am doing is to obey God. Let me tell you this if we find out in five years’ time that this church starts to have a crisis. And things start to go down and you find out that the Lord spoke to me and I did not obey him.

“I told God if it is not your will, Lord stop it, let it not go through. But then I got into the process. I am only following God.

“There is nothing in this world that anybody has to offer me than what I have committed half of my life to do. If you know me very well, I am not doing this because I have nothing else to do. I am doing it because I believe it with my whole heart.”

On fears that he may have to compromise his Christian faith through involvement in traditional rituals as demanded by custom, Olaoye said: ”I can tell you, I have only one covenant. The blood of Jesus is enough for me. No other covenant will I engage in. I am not going to go into the details of a lot of things you have seen on social media.”

He denied he had resigned as senior pastor of the church as widely reported in the media, stating he couldn’t have become the process of becoming the Soun was not yet completed.

According to him: “It is still a process. We will tell you when the process is over.”

Confirming The Nation’s exclusive report of how he emerged, Olaoye said: “There were 23 of us before I entered into the race. Two of us were eventually picked. The chairman of the kingmaker voted for me to break the tie. The next thing is that it goes to the governor.