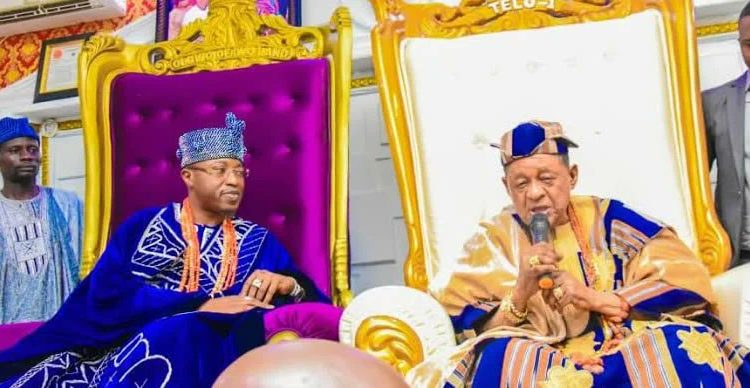 The Oluwo of Iwo, Oba Abdulrooshed Akanbi, has described the death of Alaafin of Oyo, Oba Lamidi Adeyemi, as a monumental loss to the traditional institution, adding that the vacuum created by the monarch’s passage was most likely irreplaceable.

Oluwo said that during the visit to him in Oyo, he had a private jolly talk with Oba Adeyemi, and the two of them were happy and joyous.

The statement read in part, “I visited Baba Alaafin last week when my mind got attracted to him. We had a private jolly talks. We were both happy and joyous as I drank from his wealth of history.

“At our meeting, we scheduled an event for early next month (May) here in Osun State. As God would have it, I got the news of his demise this morning. But who dare question God?

“The death of Alaafin, Iku Baba Yeye, Lamidi Adeyemi Olayiwola, was a monumental loss to the traditional institution. His vacuum is most likely irreplaceable. His death is no doubt the end of an era. He was a force and a true, responsible father to the Yoruba nation.”

He also noted that the loyalty of Oba Adeyemi to Yorubaland was never in doubt, as he served wholeheartedly, saying even in death, he would continue to adore the deceased.