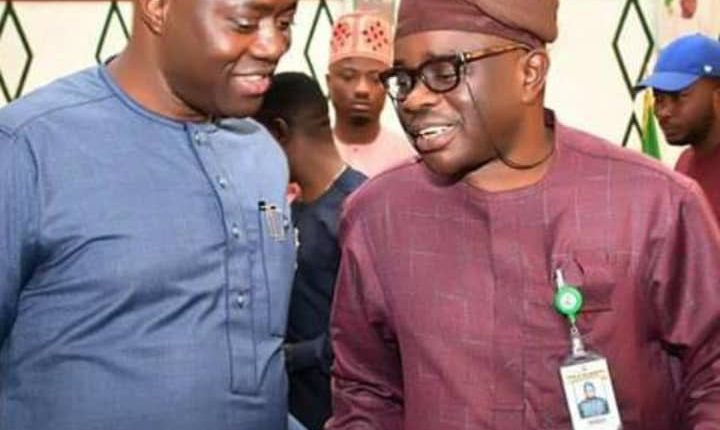 Following the decision of Oyo state government to reconstruct the Governor’s Lodge in Asokoro, Abuja, a chieftain of the main opposition party in Oyo state, the All Progressives Congress (APC) has criticized the move describing it as a ‘misplaced priority’.

Chief Bayo Adelabu otherwise known as ‘Penkelemes’ has remained one of the leading voices in Oyo state in criticizing state government’s decision under the Seyi Makinde led administration on critical government policies and programs.

The Commissioner for Public Works, Professor Daud Sangodoyin, during a press briefing at the governor’s office after its last State Executive Council meeting disclosed to journalists that the state government adopted the Alternative Project Funding Approach (APFA) in order to prevent the state from incurring unnecessary financial burden in the process of reconstructing the Governor’s Lodge.

Sunrisebulletin recalls that the Commissioner told journalists that Oyo state government will not pay a penny to the contractor until at least 20 percent completion rate is attained.

The Commissioner further maintained that the remaining balance of the total project sum will be spread over a period of 12 calendar months for the purpose of payment flexibility and convenience.

However, this submission did not go down well with Chief Bayo Adelabu, a former Deputy Governor of the Central Bank of Nigeria and APC Governorship Candidate in the 2019 governorship election.

The Oyo state APC chieftain queried why Governor Makinde in the face of the current economic realities embark on such project.

Governor Makinde’s Chief Press Secretary, Taiwo Adisa in a swift reaction cautioned the APC chieftain describing Adelabu’s argument as lacking in substance, saying that Adelabu is lacking adequate information about situation of things in the state

“Chief Adebayo Adelabu’s criticisms of the decision to rebuild Oyo State Governor’s Lodge in Abuja can only originate from someone without adequate information about the situation in the state and one will not hesitate to provide him details.

“First, the Lodge has become the most antiquated of all Governor’s Lodges around Asokoro Area of Abuja. Even states with the lowest IGR earnings have since reconstructed their Governors’ Lodges.

“The dilapidated nature of the building has become a matter of concern to FCT authorities and neighbours and we were sure if nothing was done, the FCT Department of Development Control might just pull it down.

“But the ingenious part of it is interesting; the building will be constructed using the Alternative Project Funding Approach(APFA) which will ensure that the contractor will commit his funds up to at least 20 percent before the state would commence instalmental payment.

“I think Chief Adelabu should ensure he is adequately briefed about happenings in the state before making comments.

“He talked about using the N1.2bn to fix hospitals, when the state government is already fixing hospitals including the reconstruction of 351 Primary Health Care centres across the 351 electoral wards in the state.

“As we speak, a contractor is handling the reconstruction of 299 Primary Health care centres in a fell swoop through the ingenious APFA.

“Why won’t Oyo State possess a befitting Lodge in Abuja like every other state? As we have stated earlier, the administration of Engineer Seyi Makinde is determined to leave the reconstructed Abuja Lodge as a befitting legacy among other laudable projects.”

The state government has however, maintained that the Governor’s Lodge, when completed will be a legacy for Oyo state and successive governments that will come after the Seyi Makinde led administration.